1 Watch the Polestar 1 Stretch Its Legs on the Autobahn

2 Polestar Reveals Its Future Cars Beyond the 3: They’ll Be the 4 and the 5

5 2022 Polestar 2 Gets Increased Range, Can Be Had for $45,900 Without Incentives
Car video reviews:
Coverstory

Polestar 5 Teased in Video, It Seems to Be the Precept's Production Version

We already know that Polestar's next models will be called 4 and 5, respectively, but an inconspicuous design video has revealed an interesting detail. While the company's exterior design manager, Nahum Escobedo, explains how he designs cars, you can see a model that is called Polestar 5.
9 photos

You have to watch the video carefully to notice it, but once you see it, it cannot be forgotten. It happens just as Nahum Escobedo speaks about "the production car," while showing an evolution of the Polestar Precept.

With that in mind, it appears that the Polestar Precept's production version will be the Polestar 5. Previous information on the matter revealed that Polestar was going to launch a model called 5 in the F segment (full-size sedans and such). We also knew that it would be a coupé, but it is clear that the production car will be a four-door coupé instead.

Back in September 2020, Polestar did explain that the Precept concept would enter production, but the look of the resulting model is impressively close to the concept vehicle. Just browse hrough the photo gallery to see screen grabs of the exhibited vehicle.

As you can imagine, its design might be changed until its official reveal. This is especially true since the video that has (apparently unintentionally) revealed the Polestar 5 is focused on design, and it reenacts a closed-door presentation between several of the company's designers.

In the real world, no cameras would have a chance at entering the room where new designs are being discussed, not to mention capturing images and posting them online. So no, this is not an unintended reveal, but a teaser meant for those with a keen eye for details. 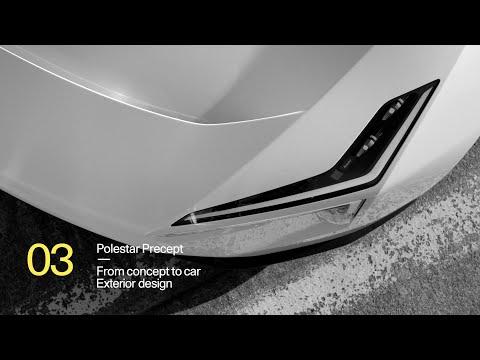