3 Electric Replacement for the Volvo XC90 May Be Called Embla

Polestar 3 Slated for October Debut, Will Roll off the Production Line in South Carolina

Cristian Agatie
Polestar shared the news that the Polestar 3 will debut this October. At the same time, the Swedish company showed the world the first picture of the uncamouflaged SUV. The Polestar 3 is the first SUV for the company and the first model to be assembled in the U.S.
7 photos

Polestar has announced plans to launch one new model per year for the next three years. The star of 2022 is the Polestar 3, which opens up a new chapter for the Swedish brand. This would be the first SUV wearing the Polestar badge and the first model built on the new dedicated SPA2 architecture. For the Americans, it is important to know that it is also the first Polestar made in the U.S. Not coincidentally, a Polestar 3 prototype was presented in New York last December.

The first clear picture of the Polestar 3, released today, shows a blend between a coupe and a crossover, with design cues taken from the Precept study. Make no mistake, this is a luxury mid-size SUV that should give Tesla Model X a run for its money. Priced at around $85,000 (80,000 euros), it should also be more affordable while at the same time offering a more upscale ambiance.

To compete with the Model X, the Polestar 3 will feature semi-autonomous driving powered by “the best-in-class LiDAR sensor from Luminar and centralized NVIDIA computing power.” The launch model will feature a dual-motor drivetrain powered by an extended battery. This should give the Polestar 3 enough stamina to travel over 600 km (372 miles) according to the European WLTP standard.

The Polestar 3 will be manufactured at Volvo’s assembly plant in South Carolina alongside the future Volvo XC90. The production is scheduled for early 2023 when the next Volvo XC90 is also expected. Both models share the same architecture and possibly more, but will definitely be distinct in their character. While the Volvo will offer supreme ride comfort and luxury, the Polestar 3 will be tuned with a sportier chassis as a performance-oriented SUV. 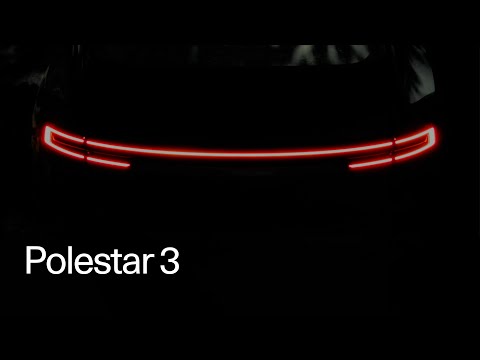