1 LEGO Titanic Is a Build of Historic Proportions, Comes With Over 9,000 Pieces

2 Someone Built a LEGO Version of the Coolest Hotel on Wheels, Based on a Mercedes Actros

Sure, one reckons that LEGO and Playmobil sets are for kids. Yes, if you consider those who are young at heart, irrespective of age. Even better, sometimes there’s a car-infused blockbuster focus.

Just in case anyone thinks we aren’t tied to big franchises from an early age, better look away because LEGO and Playmobil both released – quite recently – their latest icon-tribute sets. And they serve a mesmerizing purpose: deliver timeless fun with tie-ins to some of the greatest popular culture tropes out there.

Surely, if you’re even remotely into action blockbusters, one has already heard of the massive success of Daniel Craig’s fifth (and potentially final – remember Sean Connery’s 1983 “Never Say Never Again?”) James Bond installment. Cary Joji Fukunaga’s “No Time to Die” is a genuinely entertaining 007 installment after the critically acclaimed (but, frankly, boring) past couple of iterations.

And any superhero fan has probably heard of Robert Pattinson’s upcoming stint as the DC caped crusader in Matt Reeves’ “The Batman.” Even though this new reboot of the long-running Batman franchise hasn’t been released just yet, it’s pretty obvious both are riddled (pun intended, since the Riddler is villainously present and accounted for) with product placements.

Actually, one doesn’t even need to see them in cinemas, although we highly recommend the 25th 007 installment and have moderately-to-high expectations for the upcoming superhero film. Instead, we can easily delve into the sometimes-wonderful world of tie-ins with help from both LEGO and Playmobil. The Billund, Denmark-based toy company has an entire roster of “The Batman” novelties, but for us, chief among them is the LEGO Technic Batmobile.

It has a rather hefty price tag of $99.99, but the iconic superhero’s vehicle will certainly make a fine addition to any fan’s most prized possessions shelf. Availability kicks off November 1st, well ahead of the actual apparition on the silver screen (“The Batman” is due March 4th, 2022, in the United States). But the set is already up for pre-order on the LEGO store, so we can easily get the highlights from there.

After starting its on-screen life in the 1960s TV series, it’s safe to say the famous car has seen quite a few different iterations over the years. LEGO’s Technic creation is labeled as inspired by the latest version of Batmobile that will appear in the new superhero blockbuster, as “this highly detailed toy car building set features a true-to-life design and is packed with hot features.”

Chief among them would be the cool red and yellow brick lights, with the crimson one dedicated to adding “an awesome glow to the transparent toy engine at the back, while the yellow brick lights up the front grille.” There is also a working steering wheel to direct the front wheels, along with a rear-axle differential, a spinning flame, as well as opening doors and hood.

It’s also going to be a rather lengthy and entertaining build since the LEGO Technic set is comprised of no less than 1,360 pieces. If spending time while tinkering away at little toys is not exactly your cue, then perhaps Playmobil’s option might be better suited. Although, this time around, one would have to give up the design that references classic muscle cars for the timeless elegance of Aston Martin’s legendary DB5.

In partnership with the James Bond production company and Aston Martin, the German line of toys created by the Brandstatter Group has come up with its interpretation of one of the most renowned cars in cinematic history. Interestingly, although a DB5 is featured in the latest 007 flick, this Playmobil set is based on another renowned entry in the franchise.

It's the Aston Martin DB5 from 1964’s “Goldfinger,” which starred the unmatched Sir Sean Connery as the fictional MI6 agent. The Scottish actor passed away exactly a year ago, and if this tie-in grants another second of remembrance... then it’s by all means entirely welcomed. Besides, it’s an “authentic replica,” and it costs about the same at $97.29 on the official Aston Martin shop. 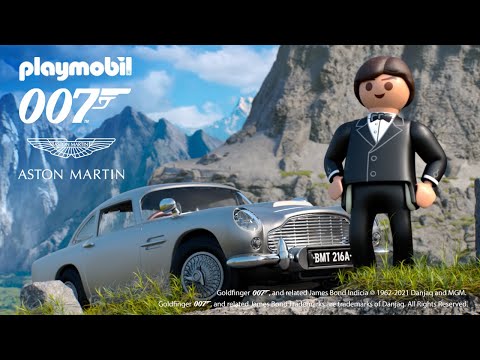 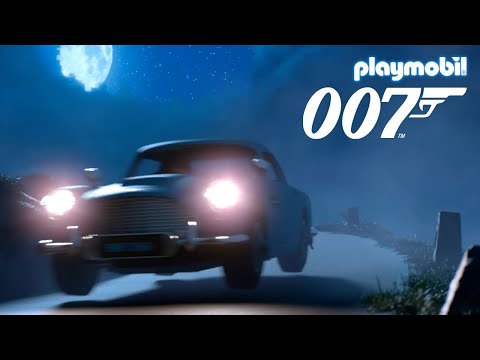