2 Katie Jordan Price Buys a Pink Beetle for her 18-month Daughter
Car video reviews:
Up Next 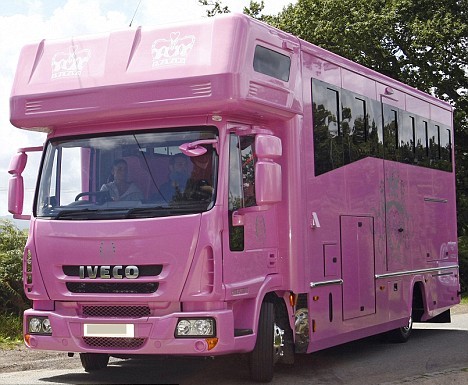 Katie Price is well-known for her obsession with horses, but getting a Barbie-inspired horse box is a bit shocking. Not only that she designs and sells equestrian clothes, but now she got a hot-pink mobile palace for her horses. Those who don't like pink should really stop before taking a closer look at the picture, as it might hurt their eyes.

Surprisingly, Price was driving the pink IVECO emblazoned with her glittery monogrammed logo through the narrow country roads, and we must say that she did pretty well, since there was no incident reported.

Katie, also known as Jordan, has been horse riding since she was seven years old and she has even competed in dressage tournaments, focusing more on these activities after she and her husband, singer Peter Andre, announced their divorce two months ago. Some rumors say that Katie is currently dating with cage fighter Alex Reid, also known as The Detonator. 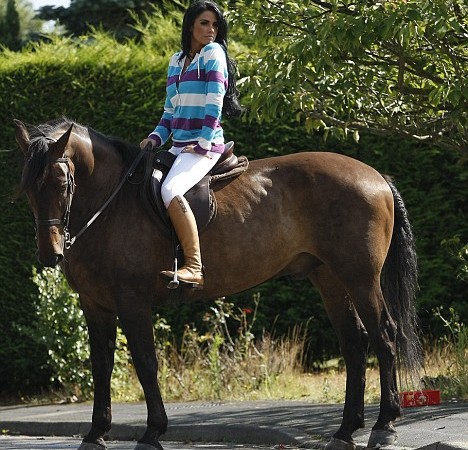 According to the Daily Mail, Katie, who some say recently had another breast reduction, was introduced to The Detonator by her personal trainer over a week ago, and the pair has since proved inseparable.

In an interview Price recently gave, she said that their break-up was partly due to Andre's jealousy over her relationship with dressage trainer Andrew Gould, which she claimed was entirely platonic. However, the final decision came when she was photographed in a Bristol nightclub after they had agreed that they would not go out without each other.

In another interview, Andre said that he believes that he must move on with his life and there is little chance he and Price will ever reconcile. So meanwhile, Katie is focusing on her horses and new boyfriend, while Andre seems to be the one more focused on the former couple’s three children.