1 Two-Tone Ice-Creamy Pink and Peppermint 993 Porsche Is Fake, Not How You Imagined

5 Pink Pig Porsche 959 Rendered on Turbofan Wheels Looks Like a Racecar
Car video reviews:
Up Next

If you are familiar with the Pink Pig livery, made famous by a Porsche 917 at Le Mans, and you also have a copy of GT7 or intend to buy the game, we have great news. You can enjoy the livery in the game, on a Porsche nonetheless, thanks to a German GT4 racer.
10 photos

The livery in question can be had in the Gran Turismo 7 game, only available for PlayStation, on a 991-generation Porsche 911 GT3 RS racing car. To get the livery, you must look for LauraGeissler's PSN account, who is the 23-year-old German racing driver who races a car with that particular livery.

Yes, that is correct, someone is using a Pink-Pig-inspired livery in 2022, but this one does not come with a map of butcher shops. Instead, it comes with dotted lines, signs, and markings that look as if they were made with a black marker pen on skin.

According to the agency responsible for the creation of the livery, Amsterdam Berlin, it was inspired by the Pink Pig, but then marked with the same kind of signage used by plastic surgeons during their operations. The Berlin-based creative agency decided to do this to represent the pressure that is put on the physical appearance of female drivers in motorsport.

As the creative agency informs, the pressure described is something that Laura-Marie Geissler has experienced in her career. Instead, she wants to be seen for her driving, not her looks and wants to be measured strictly by her lap times and performance on the track.

Instead, Laura notes, she is measured by her private life, her looks, or the sponsors she finds or does not find. Therefore, last year, she and her team produced an NFT to fund her racing.

That led to the first NFT-funded racing team, and it was another project created by Amsterdam Berlin. You can find it under the LMG GT No.1 on opensea.io.

Laura-Marie Geissler competes in the GT4 European Series with a Porsche Cayman GT4 racecar, and she got a win and a third place in 2021, her maiden season in the Porsche Sprint Challenge. 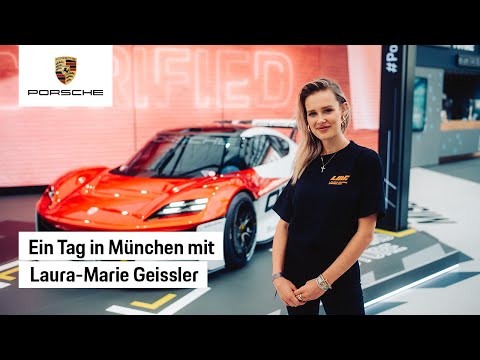