Cosmin Vasile
No Man’s Sky, Elite Dangerous and Everspace prove that space exploration games can be something special if done right. Chorus, an upcoming space shooter, is trying to piggyback on the trend and brings up very popular topics: exploration, dogfighting, and a dark universe.
6 photos

Developed by Deep Silver FISHLABS, Chorus puts players in the shoes of runaway Nara, an ace pilot on a quest to destroy a mysterious organization that created her. Forsaken is the sentient starfighter helping Nara achieve her goals.

Chorus promises a compelling, yet unique single-player experience, as players will be able to enjoy the story from two different perspectives. Of course, the meaty part of the gameplay experience will be the fast-paced, frenetic dogfighting action retains and evolves that formula of the classic space shooters.

Forsake is armed with a trio of high-tech sci-fi weapon classes, each suitable for different fighting scenarios. However, there are many weapons which can be found, unlocked and upgraded throughout the game within each of these classes.

Besides exploring a dark new sci-fi universe while fighting hordes of enemy starfighters, titanic battleships and unknown Void entities, Chorus is also about graphics. The game will feature next gen sci-fi visuals in 4K and, according to developers, it will run at 60fps (frames per second).

Naturally, those who’ll play the game on next gen platforms will be getting much more out of Chorus, including higher resolutions, ray-traced reflections, more detailed environments, physically simulated distribution and debris, just to name a few.

Chorus is set for release on PC (via Steam and Epic Games Store), Xbox Series X/S, Xbox One, PlayStation 4, PlayStation 5, Google Stadia, and Amazon Luna on December 3. Players who pre-order the game on any platform will receive the Elder Armor skin set, resplendent in gold and purple livery. The cosmetic pack can also be applied to Forsaken, Nara’s sentient starfighter, as well as all three of the starting weapons: the Gatling Gun, Missile Launcher, and Laser Cannon. 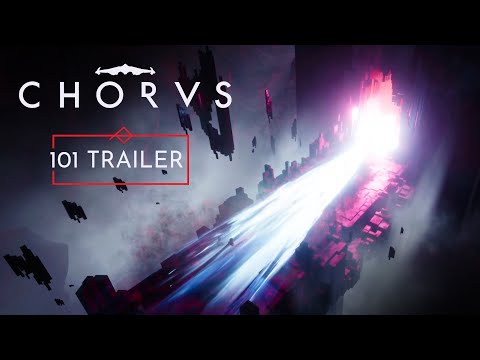