1 Meet the HeliCat 22, The Catamaran That Will Make You Run Like James Bond

Famous for playing James Bond for four times, Pierce Brosnan is currently filming the last scenes of The November Man thriller. Playing the role of an ex-CIA operative that is brought back for a last mission, the Irish actor is driving a grey 356 Porsche while chasing the bad guys in Monte Carlo.
1 photo
It’s been some time since we last talked about the Irish type of gentlemen driving in classic luxury sports car as they play the roles of secret agents. You probably remember Pierce Brosnan as the James Bond of the '90s, since he is the actor that managed to scratch out four movies out of the never-ending series.

Since the last one, in 2004 Brosnan was actually pretty busy film producing and carrying for the environment, besides his acting activity. However, it would seem he missed the secret agent type of roles as he is now playing a rather similar role that made him famous, in his latest appearance.

The November Man is to be released at the end of August and is an action thriller about an ex-CIA operative brought back in the first line. The main character finds himself pitted against his former pupil in a deadly game involving high level CIA officials and the Russian president-elect. Funny how things switched from MI5 to CIA, in the past years.

Anyway, he recently posted an image of him driving a timeless classic, the Porsche 356. And what a car this is.

In case you didn’t know, we’ll take the time to remind you that this 911 ancestor has the engine case originally designed for the Volkswagen Beetle, the air-cooled pushroad OHV flat-four one. Having a small but well designed 95 hp engine, it was by far one of the ’60s collectables. 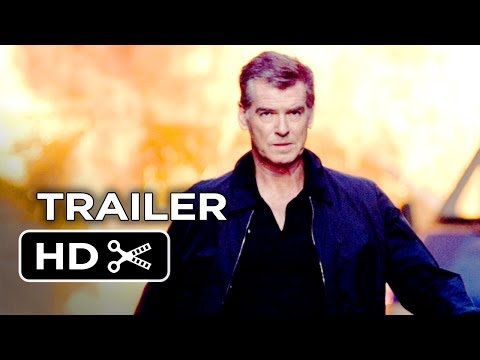