2 The Origins of Streamline Design in Cars

The beginning of the 1920s. The automotive world, envisioned by the great minds of the previous century, was beginning to take shape, with more and more people and companies beginning to show their interest in a part of the industry which promised perhaps more than all others. At that time, the automobile was somewhat of a common sight on the roads, with car makers like Ford doing their best to popularize the vehicles they produce. And, as limited as those vehicles were, compared to how we perceive them today, most of them succeeded. Design wise, however, the imagination of the people creating the vehicles was not all that interesting. They all seemed to like square lines, with massive bodies for the cars. In the beginning of the automobile age, the masses (as defined by Ford's model T) were not at all that interested in performance, but rather in practicability. That means that most of the vehicles built before the 1930s for public use ignored one element which today forms the basis for a successful sports (and not only) car: aerodynamics. Early cars, at times even the ones purpose built for racing, ignored completely the drag coefficient of vehicles. Seen as a major obstacle when it comes to achieving great speeds, the drag was still not taken into account when it came to the study and design of the cars. Still. this doesn't mean that there weren't enough people out there trying to take into account drag and aerodynamics. The work of many can now be seen in modern day vehicles, which use the basic principles in design established decades ago. The work of others, however, sank in oblivion, forever leaving the automotive scene. Among them is Romanian engineer Aurel Persu, and his work is a strange-looking vehicle wearing the same name. RAIN DROP IDEA

Persu is regarded by some as the builder of the first aerodynamic-shaped vehicle in history (most regard Paul Jaray as the one who started the streamline design language in cars). Born in Romania in 1890, Persu was a graduate of the Royal Technical College of Charlottenburg (Berlin). His passions, however, expanded far beyond those of his colleagues. In 1914, he receives a medal from German authorities for his study on ship behavior in... outer space. 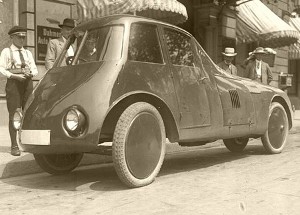 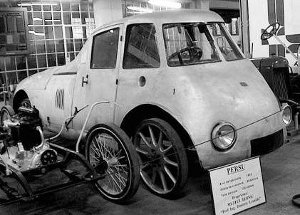 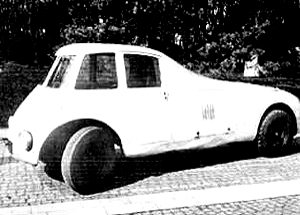 Persu focused much of his career on researching the most adequate shape for a car to achieve the best drag coefficient. During his research, Persu established that this shape was that of a water droplet falling to the ground (drag coefficient of 0.04). This meant that for a car to be able to beat the air resistance it had to come close to both the shape of the droplet and its drag coefficient.THE PERSU STREAMLINER 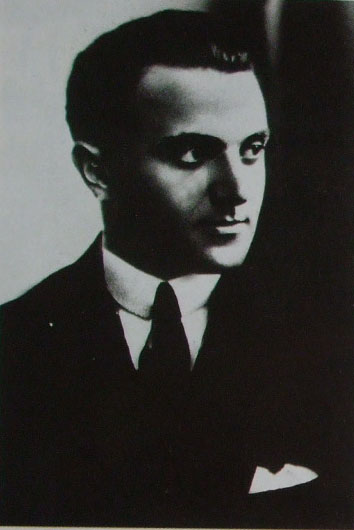 The result of his research is now called the Persu Streamliner. Persu himself called it “Aerodynamically-shaped automobile with the wheels mounted inside the aerodynamic body” (for all intents and purposes, this was among the first vehicles to have the wheels partially covered by the body of the car; for most others, especially the Ford Model T, the body did not cover the wheels).

The car was built in Germany by Persu, with the help of several local companies. Because of the small distance between the rear wheels, the engineer dropped the differential for good. As an engine, he chose a 1.4l four cylinder A-G f Automobilbau Berlin unit which developed 20 ps, paired to an Automobilbau transmission.

To prove the car is worth the time and money spent, Persu drove it from Germany to Romania, traveling with it over the following years a total distance of about 120.000 km (74,564 miles). He managed to achieve, at times, speeds of up to 80 km/h (50 mph). The lack of a differential made the car an ideal one when it came to turning at high speeds, allowing for the operation to be done even at 60 km/h (37 mph).

Despite his best efforts, however, Persu did not manage to make his idea catch. Several car manufacturers, including General Motors and Ford, have expressed their interest in purchasing the rights to manufacture the car. Because none of them promised to actually build the model, Persu did not sell the patent to anyone.

Soon, the Persu Streamliner slipped from public attention. Currently residing at the Romanian Dimitrie Leonida Technical Museum, the car is in a poor condition, with the body eaten away by the years and with a nonfunctional engine.THE RUMPLER-TROPFEN AUTO
Separately from Persu, and strangely at about the exactly same time, in 1921, a German inventor by the name of Edmund Rumpler created what he called the Tropfen Auto, the tear drop car. As you might have guessed, his design was also based on the one of a water droplet, but unlike Persu's, it had a drag coefficient of 0.27. 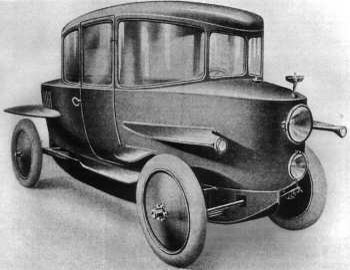 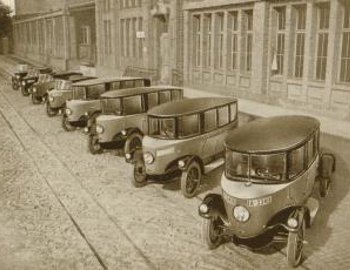 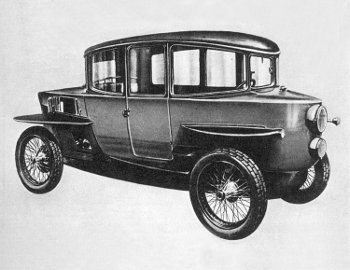 Whereas Persu's vehicle looks like a droplet regardless of the point of view, the German version resembles a droplet when looked at from above. This gave it enough of a strange look to make the German manufacturer Benz try and sell it, and the public a great reason to reject it. Some 100 such vehicles were built, with a few of them even staring in Fritz Lang's 1827 science fiction movie Metropolis.PERSU V3 HYBIRD 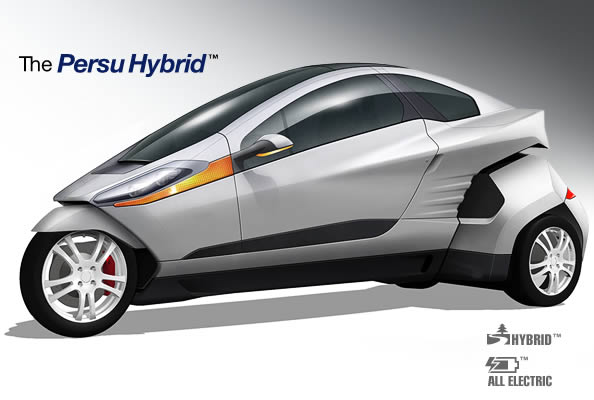 This year, the name Persu was revived by an American company called Persu Ventures. Currently, they are developing a two-passenger three-wheeled vehicle called Persu V3. A model which, if it ever enters production (as the company promises, it will be launched in 2014), it will be sensational. And proof of that is the video below, which shows the predecessor of the V4, the Carver One, being put through its paces by Top Gear's Richard Mark Hammond.

For the record, it is unclear at this point whether the name of the company has anything to do with the creator of the Persu Streamliner. Design wise, the V3 will probably be as aerodynamic as it gets, but this, amazingly, is not what will make the model special. V3's strong point will be the fact that the vehicle is, in fact, the first crossbreed between a car and a motorcycle.