2 Cybertruck at Giga Texas Looks Like Musk Driving on Mars

3 This Trench Transforms Into a One-Man Tent, Is Perfect for Emergency Situations

5 The NoMad Trailer Is Quite the Elegant Proposition for the Digital Nomad
Car video reviews:
Up Next

People Love the CyberLandr, the Cybertruck Overlander That Doesn’t Exist Yet

If there was ever a need for confirmation of how incredibly popular Tesla is, this is it. And it doesn’t even involve Tesla directly.
9 photos

On April 6, Las Vegas-based company Stream It, Inc., announced an overlander for the Tesla Cybertruck called CyberLandr. Offering sleeping for two adults and two children, it was deemed the ideal solution for an EV, in that it reduced range by as little as 5% and wasn’t technically a towable.

The CyberLandr is a pop-up overlander, seated in the cavernous “vault” of the Cybertruck and completely hidden by it when not in use, under the electric tonneau cover. Making the most use of the available space, it still packs a bedroom slash dining room slash recreation room slash office, a spa-style bathroom and a kitchenette with everything you need in it.

The only fault of the CyberLandr, for the time being, is that it does not exist. The overlander will become available with the first deliveries of the Cybertruck, which will probably be sent out later this year. The final design is also dependent on the final design of the Tesla electric pickup, with prices starting at $49,995.

According to Stream It, pretty much everyone loves the CyberLandr and, as they say, the proof is in the pudding. Preorders (made with a $100 reservation fee) total $50 million in future revenue, and that’s just in a little over three weeks’ time. These are not firm orders, to be sure, but they do speak to the high level of interest the overlander has generated.

If Stream It was taken by surprise by increased demand, it’s not saying. The future can only be bright for the startup, as it “conservatively” estimates a production of more than 10,000 units for 2022. To that end, they are working “with renowned lean manufacturing consultants Munro & Associates to help ensure high quality while we scale manufacturing.” 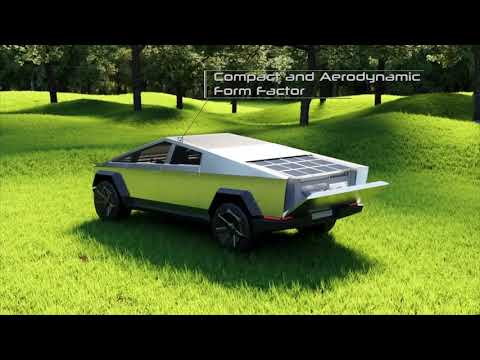