Pedestrians Stop Thieves From Stealing a Panigale In London

Home > News > Moto
Gabriel Brindusescu
Well, it wasn’t long since the last report about motorcycles being stolen in the UK. At least this time the thieves have been prevented from grabbing a bike and running away with it.
5 photos

As you might know already, motorcycle theft in the UK, especially London, is on the rise despite the complex surveillance system employed there. Thieves are not afraid of using power tools to cut down chains and locks in plain daylight and push away expensive bikes.

And the same happened here, where two thugs arrived on an unlicensed scooter near a Ducati Panigale, and one of them started cutting the chain and an alarm disc lock with a power grinder.

But it looks like the citizens of London have had enough of this stuff and decided to step up and chase away the two. But that didn’t go all so well, as one of the thieves kept on grinding while the other one started threatening the people around to back off and even tried to use force.

Meanwhile, the other thug managed to free up the bike and started pushing it away. The second guy tried to flee on the scooter, but one of the civilians started pushing him to make him lose his balance.

More people joined the “assault” on the thieves, who were forced by circumstances to abandon the Italian sportbike in between two parked cars, where it fell onto its side.

It’s sad to see things like these happen this way and the Police not being able to do much to stop them. Looks like it’s up to the people to protect what’s theirs. However, if you see such a thing happening and want to intervene, be mindful that these thugs might have knives.

Some bastards also do carry small amounts of acid with them and won’t be shy of sprinkling it on you if mess with them. Just like this guy did here. 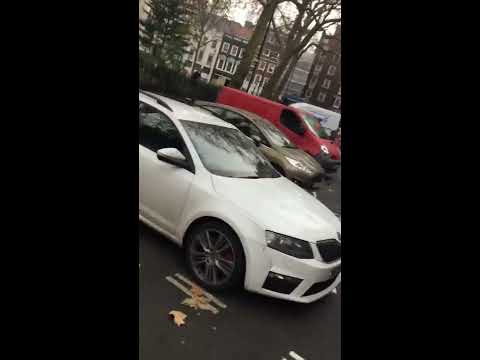