4 NFT Unveils the Aska eVTOL Aircraft, First Units Will Be Delivered in 2026

PBS NewsHour correspondent Miles O’Brien had the opportunity to see what it would feel like to fly in an air taxi above San Francisco. The journalist took a trip in NASA’s vertical motion simulator trying to find out more on the concept of electric flying.
1 photo
There’s a lot of fuss around the subject of vertical take-off and landing vehicles (VTOLs) with more and more aircraft manufacturers competing to come up with the most efficient solutions for urban air mobility. And while we’re still straining our necks looking up for flying taxis, NASA is assiduously working to develop a safe air traffic control system for advanced air mobility.

What will the future look like, you ask? Well, if they figure it all out, short-haul flights with just a few passengers could be a feasible plan in a couple of years.

O’Brien’s research into electric aircraft led him to NASA’s Ames Research Center in Silicon Valley where he had the opportunity to test the legendary Vertical Motion Simulator (VMS). The simulator has the largest motion range in the world, being capable of traveling up to 60 feet vertically and 40 feet laterally, according to NASA.

But engineers have to consider the logistics of it all before letting the new air traffic control scheme take off. There are security and safety concerns to address, such as monitoring the flights and dealing with the poor, unreliable GPS and cellular signals at low altitudes in cities.

Last but not least, air taxis have to be able to operate safely alongside conventional aircraft.

The ultimate goal is for air taxis to become autonomous, in other words, to be able to safely fly without the need of a pilot. They have to take off, navigate, land, and deal with emergencies on their own while being digitally controlled from the ground. 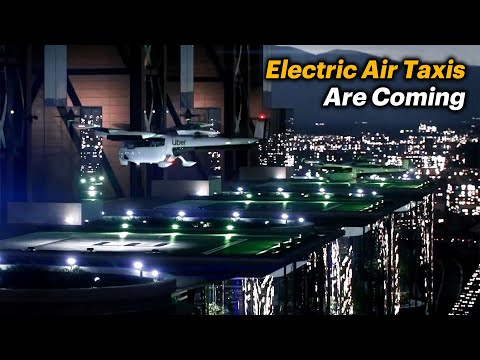