3 Bloodborne Kart Is a Thing, Here Is Some Gameplay Footage

Home > News > Videogames
23 May 2022, 12:45 UTC ·
by Cosmin Vasile
PAW Patrol is a Canadian animated series very popular among kids, so it’s no wonder that the gaming industry has tried to monetize the franchise through multiple games aimed at youngsters. Outright Games is known for its PAW Patrol games, which have been quite successful among the younger audience, just like the cartoons.
7 photos

The latest entry in the PAW Patrol games series has just been revealed and this time around it’s going to bring the beloved cartoon characters to the racing track. Dubbed PAW Patrol: Grand Prix, the game will be developed by 3D Clouds and published by Outright Games.

The game focuses more on the multiplayer aspect, as PAW Patrol: Grand Prix allows kids to play with friends in up to 4-player split screen as their favorite canine characters including Chase, Marshall and Rex.

Just like every other kart racing game, players will be able to make use of power ups and boosts including water balloons, snowballs, and confetti blasts to finish the race on the podium. The game also features some customization options to help make karts unique with 20 stylish stickers and 20 topper items inspired by the animated series. These can be unlocked by simply playing the game.

“We are absolutely delighted to be working again with Paramount Consumer Products, Nickelodeon and Spin Master to bring our favorite pups together on the racetrack with PAW Patrol: Grand Prix. This is our fourth PAW Patrol game now and we love finding new adventures for Ryder and his canine friends to get stuck into. PAW Patrol: Grand Prix will be a brand-new direction for PAW Patrol video games as well as a super exciting kart racing tournament to take on friends and family,’’ said Terry Malham, CEO of Outright Games.

According to Outright Games, PAW Patrol: Grand Prix is set for release on September 30 on PlayStation 4, PlayStation 5, Xbox One, Xbox Series X/S, Nintendo Switch and PC (via Steam). 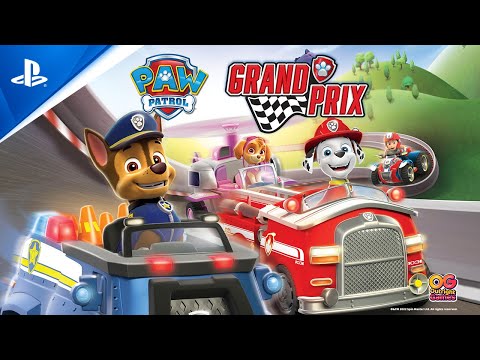