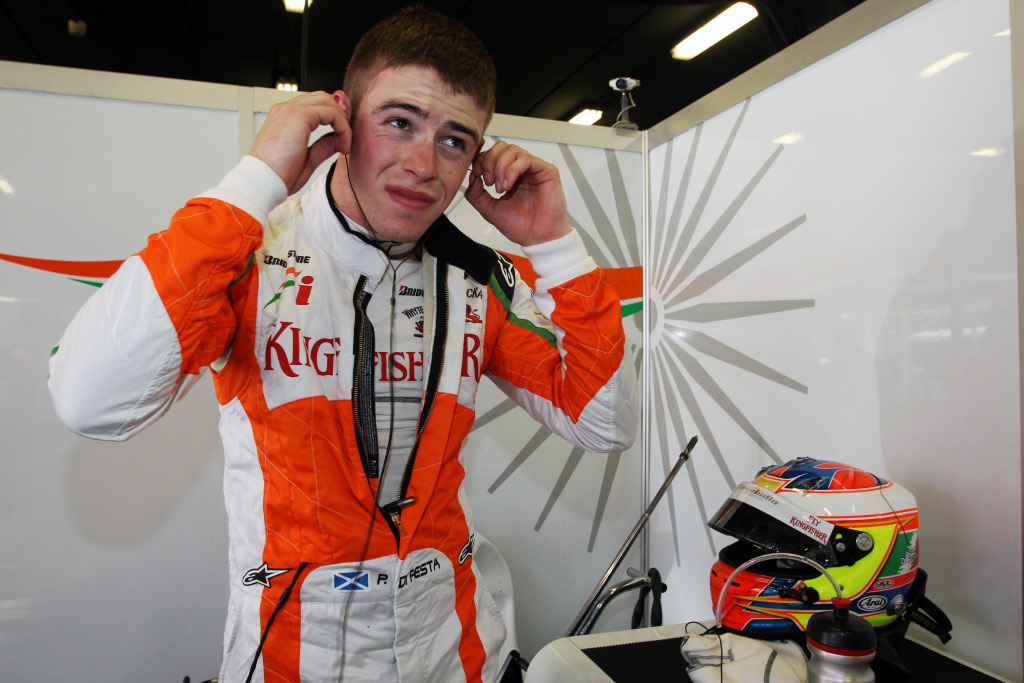 Paul di Resta's time in the Force India VJM03 cockpit has been limited in recent events, as the Silverstone based team decided to give its regular drivers Adrian Sutil and Vitantonio Liuzzi more time to adjust to the new circuits' layouts and modified parts readied for the car.

Until now, the DTM racer has driven the VJM03 only in Spain – since the European season kicked off – whereas in the Principality the Indian team decided to rest him throughout the weekend due to the “challenging layout of the circuit.” Consequently, Sutil and Liuzzi had all the practice sessions for themselves to get used to the Monaco track.

In Turkey, Di Resta was again kept away from the cockpit due to the team introducing some new aerodynamic devices for the VJM03. Therefore, both regular drivers were given full time access to the car.

Apparently, the streak of races in which Di Resta will be benched will extend to the upcoming Canadian Grand Prix also, as the difficulty of the layout and the fact that Circuit Gilles Villeneuve has missed the F1 action for one year in 2009 are two arguments for Force India to give its drivers unlimited time in the VJM03.

“Paul will be back in the car in Valencia and will also drive at Silverstone. In Canada, we want to give our two regular drivers as much track time as possible. The Circuit Gilles Villeneuve is a very unique track,” team manager Andy Stevenson was quoted as saying earlier this week.

24-year old Di Resta will however be present in the Force India garage two weekends from now, in his position of reserve driver. The Scot will be in DTM action this weekend at EuroSpeedway Lausitz, after which he'll have a one-month break from his Mercedes works team in the German series.