3 Vettel Is Waiting for Di Resta in F1

4 Di Resta Better than Vettel - Franchitti
Up Next 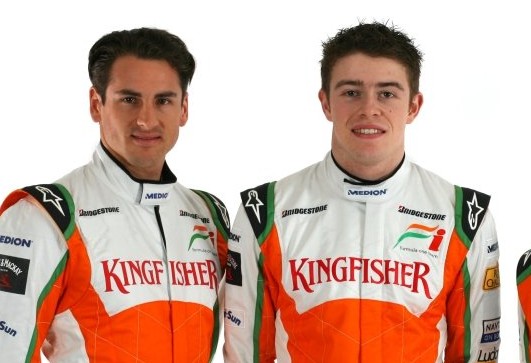 Force India will reportedly confirm Paul di Resta and Adrian Sutil as their official lineup for the 2011 season of Formula One. the report comes from Swiss newspaper Blick, which wrote that the newly crowned DTM champion will finally make his debut in the Great Circus at the wheel of a Force India car, replacing Italian racer Vitantonio Liuzzi.

Out of the two Force India drivers last year, Liuzzi was the one who had an existing contract with Vijay Mallya's team that was to expire at the end of 2011. However, the aforementioned source tells us that Mallya will terminate Liuzzi's contract completely, as the Italian won't even make the Friday driver role for the Silverstone team.

Apparently, it will be Nico Hulkenberg who will drive the 2011-spec Force India car during the Friday action of the upcoming season, after long negotiations between his manager Willi Weber and the team officials.

“I actually wanted Nico to be the third driver at McLaren. But Martin Whitmarsh was worried that it would be seen as a threat to Button so he didn't want to disrupt the harmony in the team for their championship hunt,” admitted Weber recently, hinting that a Friday driver job is all he could secure for his client for 2011.

Hulkenberg had been ousted by Frank Williams at the end of a quite impressive debut campaign in 2010, as the Grove based team welcomed newly-crowned GP2 Series champion Pastor Maldonado for 2011 (along with his attractive financial package, we might add). From that point onwards, the German racer has been in constant talks with Force India.

As far as Paul di Resta is concerned, the Scot did some mileage in the VJM03 during the Friday practice of some Grands Prix in 2010, and was even rumored to have signed a pre-agreement with the Silverstone based team back in September. Force India is to issue a definitive press release on its drivers' situation in the days to come.