2 Patrick Announces 2011 Nationwide Schedule
Up Next 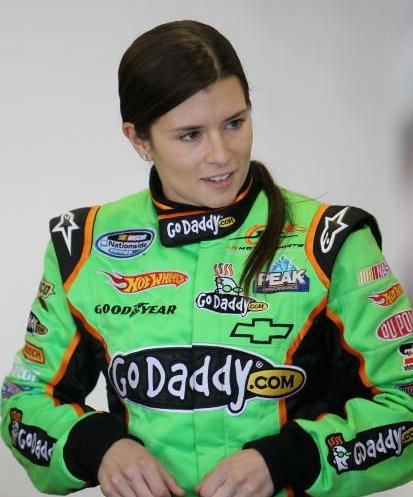 Danica Patrick keeps getting better and better in the NASCAR Nationwide Series, as she recorded the best ever race finish by a female driver in the history of the championship – 4th place – in the Sam's Town 300 race at Las Vegas Motor Speedway.

Having started from a disappointing 22nd place in her second N’wide race of the year, Patrick started to move up the pack and climbed all the way to 12th place at one point, after which she slowly lost ground and dropped a lap down going into the second half of the race.

Luck struck during the 6th and final caution of the day however, as Patrick made perfect use of her wave around free-pass – being the first car a lap down when the flag was waved – visiting the pits and taking a whole new set of tires. From that point on, the Indy racer started gradually moving up the order, eventually entering the Top 10 with only a handful of laps to go.

Since her last stop also included a tank-full strategy by her JR Motorsports team, Patrick started benefiting from late pits by the drivers in front to further improve her race position. In the end, she had to settle for 4th place in the race that was eventually won by NASCAR veteran Mark Martin.

“What a good day,” said Patrick, who prior to this event had recorded a personal best in the series at Daytona, in the 2011 opener. “We had an up and down weekend all around. We were running well, then we were struggling, qualifying I didn't do a good enough job for us but we had a good race car.”

“I was pleased we finally got that 'lucky dog' [wave around under caution] and got back on the lead lap and we were sailing from there. I had to fight the car a little here and there and it was definitely loose in the middle part of the race. It was loose at the end too but [crew chief] Tony [Eury Jr] did a good job at tightening the thing up for the last run.”

“I was a little tight to start but was a little loose to end so I guess that's just what goes on here. It's opposite to what I've learned... We were able to get a top-five - I was hoping for a top-10 secretly, I didn't want to say that to the media because then you would expect me to finish in the top 10. But I'm really happy, for [my team] it was a good weekend, so a good day all around.”