Brace Yourselves, the Japanese R1 Is Coming - Yes, with a Long Exhaust

The days when Patrick Dempsey would get stopped on the street by female fans who watched the entire Grey’s Anatomy series twice are history. Today, it’s all about racing with the 49-year-old American actor. The Hollywood star has sold his creative soul to the god of motorsport, a heartless deity that will not rest until you dedicate your entire life to his purpose.
1 photo
OK, maybe we’re a bit too dramatic here, but you get the drill. Just think of Paul Newman, Steve McQueen or James Garner. No matter how big their acting careers got, nothing stopped them from hitting the track as often as possible.

And one of today’s VIPs planning to fill in the shoes of his forerunners is Patrick Dempsey. McDreamy has been racing with Porsche’s motorsport team for over two years now, and it appears he’ll be present at this year’s FIA World Endurance Championship (WEC) too.

Porsche has just released a short video giving us a brief look at the black and robin’s egg blue Porsche 911 RSR. The racecar will make its debut at the 6 Hours of Silverstone event, set for April 12. Like it was previously mentioned in a press release, Porsche driver Patrick Long will be accompanying the actor as his teammate, as the two will be racing for the Dempsey Proton Racing team in the GTE-Am class.

Apart from WEC, guest appearances in Porsche’s brand trophy series such as the Porsche Mobil Supercup as support to the Formula One race are also scheduled. In fact, we’re pretty sure we’re about to see plenty more of the star’s racing move. After all, Dempsey is not only investing his own money in it but is doing everything possible to promote it in the Hollywood world too. 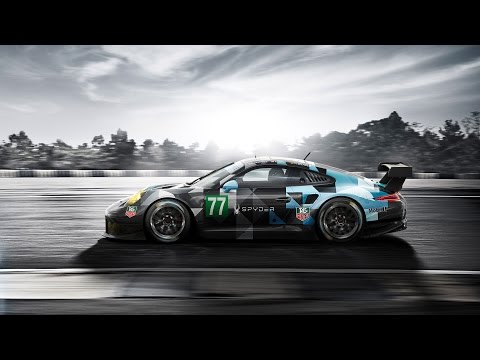