1 Danica Patrick Confirmed for Daytona Opener in the Nationwide Series

Patrick Crashes Out on Nationwide Debut, at Daytona 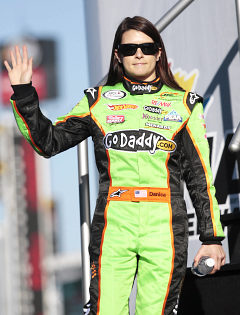 Following her brave result in the ARCA season opening race at Daytona last weekend, Danica Patrick was hoping to piggyback on that performance in her very first Nationwide Series race also, on Saturday. However, the Gods didn’t favor the IndyCar racer so much on her second consecutive outing at the Daytona International Speedway, as she was caught up into a major pile-up 68 laps into the race to eventually end the day in the garage.

Starting from 15th place, Patrick tried to stay out of trouble during the first portion of the race, while also struggling to keep the car on the track (having handling problems). Until the incident on lap 68, she was changing from one lap down to leading lap constantly, running in the mid-pack.

However, the incident in front of her caught Patrick off guard, as she drove right into the pile-up and then into the outside wall. The car was hit beyond repair and the guys at JR Motorsport decided to call it a day.

“That's the tough thing about this racing. I can see what they've all said all along with these big tracks. Slow comes up and you run so fast there that's there no way to go. But the disappointing part more than anything is just that I missed out on getting 40 or whatever laps left of experience that I could have got. And the car was finally where I liked it and I felt confident as a driver to be able to run in the pack. So I was kind of getting the hang of it,” said Patrick.

Patrick wasn’t the only female driver ending the Nationwide Series opener in the garage, as Chrissy Wallace also called it a day quite soon into the race. At the end of the very first lap, she was tapped from behind by Paul Menard and ended into the wall, making her debut race in the series unfortunate to say the least.

The race was eventually won by Tony Stewart, ahead of Carl Edwards and Kevin Harvick.