Forget everything you thought you knew about Volkswagen’s Passat range. Thought they were all dull? Well, you probably didn’t know about Tanner Foust’s 900 HP beast in that case.
14 photos

The man will be using a highly modified version of a B7 Passat that uses a 7.3-liter V8 engine that probably has nothing to do with the German company. Even though nobody says anything about where it came from, the 450-cubic inch monster is most likely a Chevy LS.

That’s not all though! In standard guise, the plant is good for around 700 HP while on nitrous it will go up to 900 HP with ease. The front-wheel drive layout was also dropped, and the rear wheels are solely powered, in this case, to make for a capable car in the Formula Drift series.

Of course, that’s only one of the events where the Volkswagen will be racing. Tanner is also planning on entering the World Rallycross Championship for example. Care to see just how mad his creation is? Check out the video below.

Bottom line, there’s little of the original Passat left in this car. Sure, from a distance, it does resemble the original but they have as much in common as cats and dogs. One thing’s for sure: we’re mighty curious about how it will handle itself on the track! 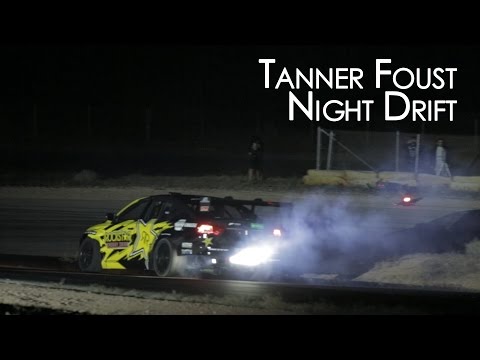