3 Mercedes-Benz EQS Flew a Bit Over Stuttgart, Had Some Help

Paris Hilton’s Former Mercedes-Benz SLR McLaren Gets $34,565 Worth of Servicing

Mircea Panait
One of the most incredible collaborations ever to have graced the automotive industry, Mercedes and McLaren produced the SLR in extremely limited numbers. A total of 2,157 models were sold through 2009, and one of those magnificent pieces of engineering has received $34,565 worth of servicing that includes an $1,899 used wheel.
13 photos

Previously owned by Paris Hilton, the SLR made famous by the infamous photograph of Britney Spears from 2006 is currently under the careful ownership of Ed Bolian. He paid $180,000 for the vehicle three months ago, but the apparently low price tag also means that the vehicle had a rough life.

The list of service costs is worryingly extensive, and the OE wheel mentioned earlier is joined by more expensive items that include $2,220 for the power steering pump and $6,270 for the steering rack. Original equipment-level batteries cost $1,350 because the SLR isn’t your average car, the gas door struts are $2,500 per unit, the brake line mounts add $1,350 to the tally, and tire pressure monitoring sensors retail at a ludicrous $1,700.

What else did Ed Bolian of VINwiki fame service on his ex-Paris Hilton Mercedes-Benz SLR McLaren? Well, the dealership told him the brake caliper cooling ducts need replacing for $1,250 while a drain plug replacement set him back a whopping $850. Other items worthy of mentioning include the gas cap tether ($100), wipers and a washer nozzle ($105 and $500), and tire fit container ($215). The brake rotors will have to be replaced as well for $20,000 while the brake pads on their own cost in the ballpark of $3,000.

Even an oil change is $2,105, which goes to show that Mercedes dealerships will do pretty much anything to turn huge profits. The SLR definitely needs very special maintenance, there’s no arguing in this regard, but it’s uncanny for the bill of expenses to account for 19.2 percent of the vehicle’s value. To put that grand total into perspective, the Camaro LT1 retails at $34,995. 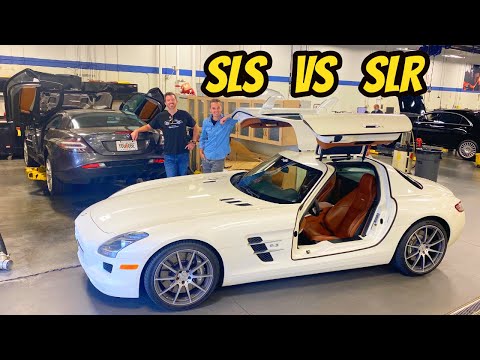