1 Paris Hilton Shows Off in Her Pink Bentley

3 Barbie Gets Exquisite Pink Fiat 500 for Birthday
Up Next 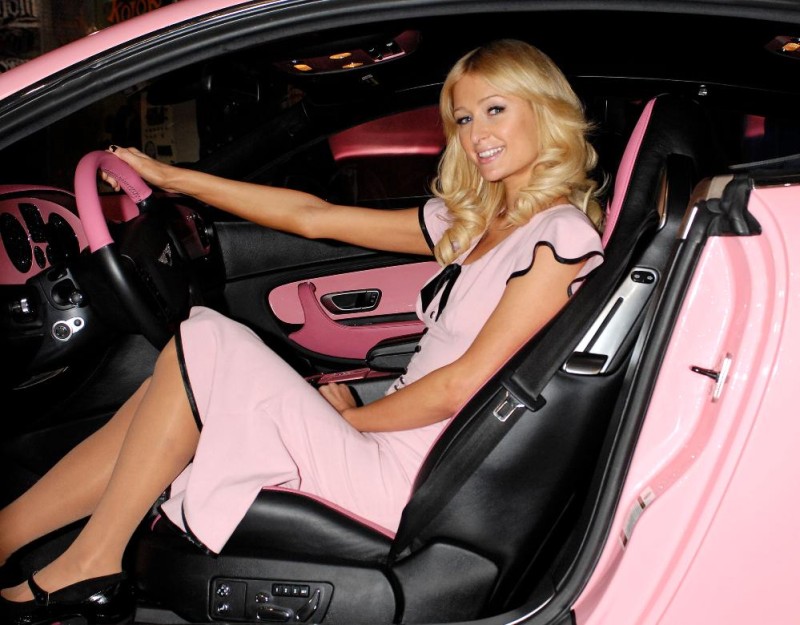 As if having a customized pink Bentley wasn't eccentric enough for Paris Hilton, it seems that the 27-year-old hotel heiress has another "brilliant" idea.

According to The Sun, Paris now craves for a  £200,000 diamond-encrusted dashboard made especially for her car by the firm’s British HQ in Crewe. After the masterpiece is ready, it will be transported directly to Los Angeles where it will be fitted to her £140,000 Bentley Continental GT.

Paris asked one of her staff members to phone Bentley in Crewe, where the vehicle was made, to ask if it would be possible to add diamonds to her dashboard so that her car will look more sparkling. Little did they expect such an extravagant request especially amid global recession but during these hard times, no company affords the luxury to turn down their customers.

“When the man said she wanted to stud the dashboard with a couple of hundred grand’s worth of diamonds, we were stunned," the Bentley source said. "We're used to dealing with the stars so we expect the odd extravagance, but this is something else," the Bentley source added.

However, Paris will have to wait a little bit until her wish is granted. Due to the global recession, the Cheshire plant has stopped production until early May. As for the hotel heiress, it seems she wasn't hit by the financial downturn.

"I guess she’s not hit too badly by the recession", a Bentley source said.

In case you missed it, Paris bought the Bentley as a Christmas gift for herself.

“I’ve just always wanted a pink car," she confessed. “I think when you’re a little girl and you have the Barbie Corvette you’re always like, ‘Oh, I wish I had a car like this one day.' I think it just comes from being a fan of Barbie for so long," she added.

Just to express one more time her obsession for the pink color and Barbie, she took the car to the West Coast Customs remodeling firm in Los Angeles, which is famous for customizing cars in the MTV makeover show Pimp My Ride.