5 Here Are the Celebrities With the Largest Carbon Footprint from Flying
Car video reviews:
Coverstory

Few things are more iconic in 2000s pop culture than Paris Hilton and her very on-brand custom pink Bentley. Considered by auto enthusiasts a blasphemy and an egregious offense on common sense and good taste, that Bentley is still in Paris’ garage.
9 photos

You wouldn’t imagine a celebrity as rich as Paris, known for trading cars faster than we common folk change our bedsheets, would become so attached to a car. Similarly, you wouldn’t imagine a 40-year-old, full-grown woman would still be in full Barbie mode, but here we are. Paris, as her sister Nicky says, has always marched to the beat of her own drum.

And that drum is obviously pink.

The May 2021 issue of Tatler magazine has Paris Hilton as a cover girl, and inside the pages of the magazine is a spread that delivers the most surprising news of the week: Paris still has her pink Bentley. The mag doesn’t say whether this is the same Bentley she got as a present for herself in the late 2000s and then had customized by West Coast Customs, but it’s hard to imagine it could be a different one.

There’s even a photo of Paris, in full Barbie pink outfit, standing in front of the Continental GT. Whatever spurred her to customize it back in the day still has meaning for her if she’s kept it all these years.

Paris bought the Bentley Continental GT for a reported $220,000, sometime in 2008-2009. It was already pink because the socialite has always had a soft spot for Barbie, and she’s been indulging in this obsession of hers in many ways, including pink cars. However, after a while, she decided this wasn’t enough, so she got West Coast Customs to go to town on it.

The result was something straight out of a Barbie slash Hello Kitty cartoon: pink wheels with Paris’ initials in rhinestones, pink over black interior with a custom diamante-encrusted dashboard, rhinestones on the gear shifter, and the PH logo scattered throughout generously, also in diamante. At the time, word in the media claimed that she splurged another $280,000 on the custom work alone.

That would put the car’s value at nearly half a million dollars. Even if it weren’t such a personal project to Paris, maybe this would have still been enough reason for her to keep it. Still, a world in which even Paris Hilton, the absolute epitome of consumerism, gets attached to a car is a better world. And underneath all that pink and shiny monstruosities, the Bentley Continental GT is a solid car worthy of getting attached to. 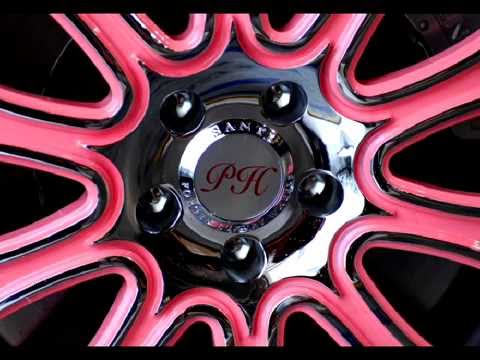