4 Team SuperMartXe VIP by Paris Hilton Presented
Up Next 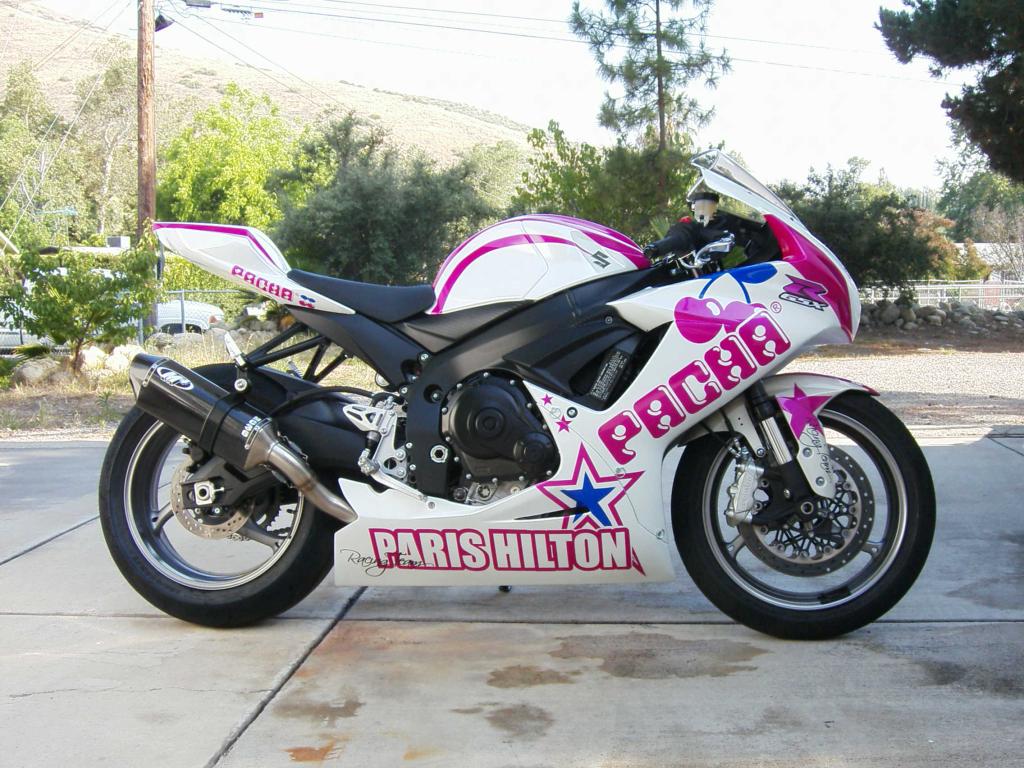 As we previously reported, a motorcycle bodywork designed to fit 2011-model Suzuki GSX-R600s and GSX-R750s, and signed by Paris Hilton and Jay Leno has been put up for grabs on eBay for charity. The online auction ended yesterday, raising $5102.11. The proceeds form the sale will benefit the Roadracing World Action Fund.

The highest of the 41 bids placed was made by a bidder in New York. According to Roadracing World, over 11,400 people viewed the auction since it started on July 17.

The bodywork, which can be fitted to other racebikes or streetbikes in addition to the ones mentioned above, was painted to replicate the paint scheme of the Blusens by Paris Hilton Racing Team, which is campaigned in the 125cc Grand Prix World Championship.

We’ll remind you that it was mounted onto a 2011-model Suzuki GSX-R600 that was used to chauffeur Hilton onto the stage of The Tonight Show with Jay Leno May 27, 2011.

The autographs from the two celebs are placed on the fuel tank, which has since been covered with a clearcoat finish to preserve them.

The complete set of bodywork includes an upper fairing, a fluid-retaining lower fairing, a one-piece tail section, a front fender and a fuel tank. The lower fairing has been modified to work with a sidestand, but the lower fairing is not currently set up to accommodate the standard exhaust system of a 2011-model GSX-R600 or GSX-R750.