4 Toyota to Lease Plug-in Hybrids in Europe
Car video reviews:
Up Next 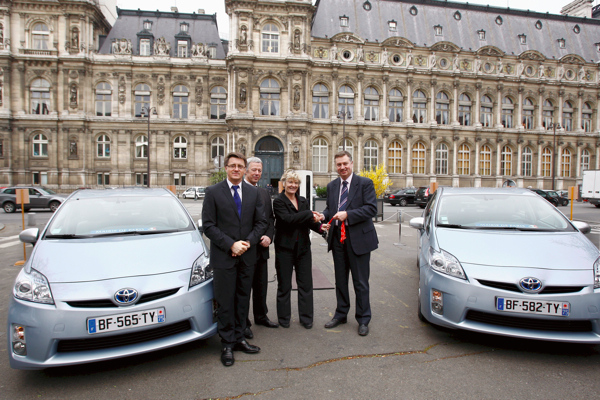 Toyota and EDF handed over the keys of three plug-n hybrid vehicles (PHV) to the Paris officials. During the next three years, they will be used by various departments of the City Office to validate the relevance and performance of this technology among the sustainable mobility solutions used in the French capital, according to an official statement.

For Toyota, this is part of a global effort that involves 600 Prius Plug-in Hybrids, also deployed in Japan, the United States, Canada, Australia and in 17 other European countries. Thanks to the support received from the Research Fund managed by the French Environment and Energy Management Agency ADEME, in-depth research will be conducted on the extent of drivers’ acceptance of this new automobile concept in preparation for its upcoming mass-market introduction.

“The Plug-in Hybrid technology is an essential part of strategy towards sustainable mobility. Based on Toyota’s full hybrid technology, the PHV represents the most pragmatic solution to increase the use of electric energy in personal transport today,” said Michel Gardel, Toyota Motor Europe Vice-President for External and Environmental Affairs, during the handover ceremony held on March 18th at the Paris City Hall.

“We intend to leverage EDF’s innovation for the development of the electric vehicle and of sustainable low-carbon mobility. Together with Toyota, EDF is pleased to integrate the City of Paris in this project which is part of the world’s largest demonstration of Plug-in Hybrid Vehicles and their dedicated charging infrastructure,” added Igor Czerny, EDF Director for Electric Transport and Vehicles.