2 2010 Toyota Prius Runs Out of Batteries
Car video reviews:
Up Next 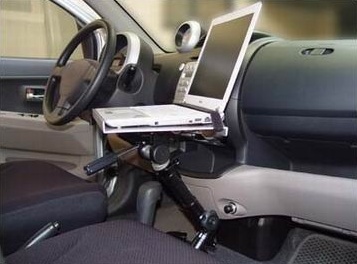 There are only a few details available at this point but Panasonic claims the new technology could help it reduce development costs and produce electric car batteries at half the price of regular batteries. According to Reuters citing a Panasonic statement, the manufacturer could benefit from the existing infrastructure and production expertise.

Panasonic is now struggling to cope with growing demand for car batteries, as sales of green models powered by its lithium-ion batteries are rising under the umbrella of governments incentives offered across the world. The 2010 Toyota Prius is one of the models powered by Panasonic's packs, with the Japanese carmaker announcing in early August that it couldn't honor all orders due to lack of batteries.

Panasonic is the sole battery supplier for the Prius and is currently making 500,000 batteries per year.

"The new Prius model has been excessively popular, inconveniencing some of our customers, and the factories are working overtime at full capacity," Takahiko Ijichi, Toyota Senior Managing Director, said in August. "Unfortunately, the batteries are not catching up with demand. Production of the batteries needs to be increased in order for our production to go up."

As a result, Panasonic announced its plans to boost production to 1 million batteries per year but it's still unclear whether the initial estimates included the newly-designed technology as well.