1 This Is a One Out of Three Pagani Zonda HP Barchetta Worth Millions, and It Just Crashed

2 Pagani C10 Will Make Its World Premiere on September 12

Home > News > Car Profile
Alexandru Boghiu
As Leonardo da Vinci put it, “simplicity is the ultimate sophistication.” The High Renaissance polymath has always been a crucial figure for Pagani.
29 photos

Three critical aspects were coming up again and again in Horacio Pagani’s discussions with his closest clients: “simplicity, lightness, and the pleasure of driving.” Thus, Utopia doesn’t complicate things, going against the grain of electric this and hybrid that, choosing the V12 route instead.

The twin-turbo 6-liter bespoke engine developed by Mercedes-AMG exclusively for Pagani puts out 852 hp (864 ps) and 1,100 Nm (811 lb-ft) of torque. It’s paired with a 7-speed transversal Automated Manual Transmission, but there’s also the option of a pure manual one. The signature titanium quad exhaust has a ceramic coating for better heat dissipation.

You get 21” wheels in the front and 22” wheels in the rear, paired with Brembo’s new ventilated carbon-ceramic discs system that will ensure the proper airflow needed for repeated braking.

Weighing 1,280 kg (2,822 lbs), the car is presumably “more efficient than ever,” with a timeless design that helps it achieve greater downforce and reduced drag. Utopia promises to maximize handling and stability, regardless of how fast you’re going.

Poetic and harmonious, the bodywork gets a new type of carbon fiber, which provides 38% of additional stiffness with the same density.
The leather and analog instruments inside the car are a throwback to the 50s and 60s; besides the minimal display in front of the driver, you won’t find any digital devices.

The outcome was simple, but the process difficult. According to Horacio Pagani, "more than four thousand stylistic drawings, ten scale models, one wind tunnel model, two 1:1 scale models and countless ideas, research and experiments on eight complete prototypes for a team effort that lasted more than six years” was needed while developing Utopia.

Only 99 units will be built, all of which are already assigned. 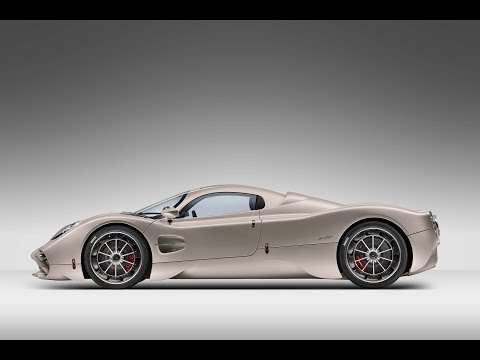