4 Pagani Huayra Heads for the US
Up Next 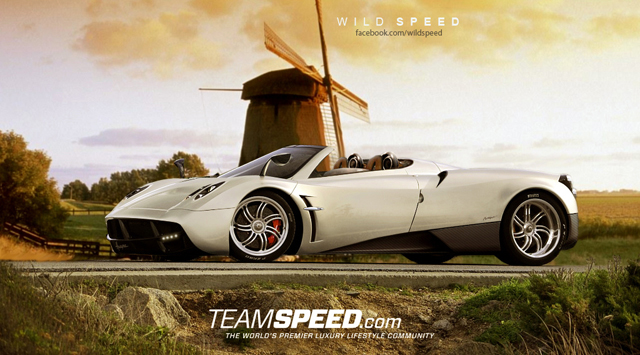 Autoblog Argentina recently had an interview with the mad genius behind one particular supercar maker - we’re talking about Horacio Pagani. Almost hidden from our view, one of the most important pieces of information for the company was announced in the last part of the article: there will indeed be a roadster version of the Huayra.

With Ferrari and Lamborghini recently launching new models, it’s hard for supercar fans to get excited about the future, but this piece of information should brighten up their day. While we are on the subject (of the future, that is), the timeframe given for the arrival of the open-top Huayra is about three years.

The regular version of the car has just been revealed at the Geneva Motor Show, so we can put up with the wait, but we are curious what shape the roadster will take. By 2014 we can also expect to see a bit more power coming from the 60 degree 12 cylinder turbocharged engine with a displacement of 5980 cubic centimeters. The twin-turbocharged unit developed by AMG churns out 700 horsepower at a low 5,000 rpm and a monstrous 811 pound-feet of torque at 3,500 rpm.

It’s pretty much a guarantee that the roadster will use the same rear-wheel drive configuration and single clutch seven-speed automated Xtrac gearbox as the hard-top. Looking past the strange fascia, we can see that the supercar sports a pair of flaps incorporated into the bodywork at the front and rear. These are controlled by a computer that monitors speed, yaw, lateral acceleration, steering angle and throttle position, adjusting them as necessary in order to produce optimal downforce.