4 G02 Is a Man-Made, Sustainable Island Resort for the Billionaire Who Has It All

5 This $139 Million Mega-Mansion With Its Own Supercar Elevator and Display Is Insane
Car video reviews:
Up Next

There Are Brains Over on Mars, But Not the Kind You Think

It is a difficult job to stand out for outrageousness in the gated, exclusive communities of Miami, Florida, but Chateau Artisan has just the right features to do so. One of the most outrageous properties in the area, the fake French castle is back on the market yet once more.

Outrageous Castle Is Its Own Artificial Island With Moat, a Boathouse and 6-Car Garage

Chateau Artisan, also known as Redlands Island Castle or the $12 million dollar Moat House, was built in 2007 as the personal family home of esteemed Miami architect Charles Sieger. Since it was a family home, construction was labored and complicated, because he wanted to spare no effort – or money – in turning it in just that. After five long years and unspecified amounts of money, Chateau Artisan was completed.

Sieger would only live inside it for a couple of years, and the property has been on and off the market ever since. With some luck, in the current still-profitable real estate market, it might find a new owner looking for the OG mega-mansion. Make no mistake about it, despite its faux European classic styling, the castle is just that: a mega-mansion that aims to deliver all kinds of luxuries for the owner and their family, from cars to boats to R&R, so that they might never want to leave.

As far as outrageous and outrageously-specced properties go, this one is right up there at the top. It sits on a huge piece of land with over 12,700 square feet (1,180 square meters) of living surface, spread across three levels, several independent artificial islands, all of them surrounded by an artificial freshwater lake. Amenities include a 6-car garage and a sizable driveway, a boathouse, two gazebos, a pool, a koi pond, a spa and wellness center, and even fake ruins on top of an artificial hill, from where water cascades back into the artificial lake.

The thing about Sieger’s designs is that they’re not connected by common styling and that they try to impress without overwhelming. The Chateau Artisan is probably the exception, because it overwhelms the moment you’re at the wrought iron gated entrance. From there, you pass through a long, tree-lined driveway, over a wooden bridge (it doesn’t go up, in case you’re thinking you could just draw it up and escape whatever plagues are coming for humanity in the following years), and into the driveway.

The listing, which is held by celebrity real estate agent Carlos Justo, notes that there are six enclosed parking spaces in the garage, with additional parking available in the driveway, and even parking space for the golf karts. In case you tire of walking around your vast property. A boathouse is available on site, for when you wish to explore the lake.

The house sits on its own mini-island, with foundations into the coral rock. It holds eight bedrooms and 12 bathrooms in total (seven full baths and five half-baths), and amenities of the kind you can expect from a mega-mansion: a cinema room, a wine cellar and tasting room, chef’s kitchen, “superyacht-like” bedrooms for the kids (the listing offers no clue as to what that might mean), music room, library, office, and several formal and informal dining rooms and lounges. The pool sits at a stone’s throw from the home, and comes with a spa and wellness center.

There’s also a koi pond and two different gazebos on each side, one of them designed specifically for grilling meat. The smaller island with the fake ruins has a small maze, just in case you ever get bored with everything else available.

The interior has gone through different changes, so it’s a tad more modern than what you can see in the two older videos available at the bottom of the page. But the exterior remains unchanged, and imposing for its Gothic-inspired, old-world elements: elaborate metalwork, an obelisk, dragon lampposts, and perfectly manicured gardens that are just perfect for your Victorian cosplay.

“This unique home is for the owner who sees it as an irreplaceable masterpiece,” the listing reads. Whoever penned it was oblivious to the irony of describing a family home as “irreplaceable” just as it’s about to be replaced, but for those of us who don’t have $19.7 million to spend on it, it only adds to the enjoyable experience of window-shopping. 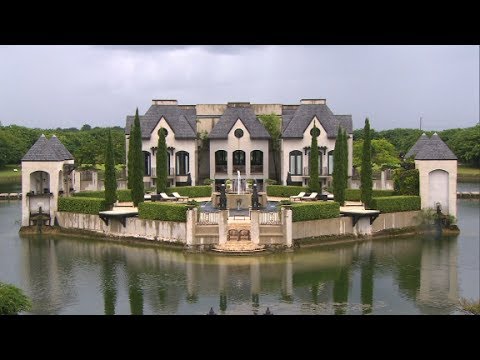 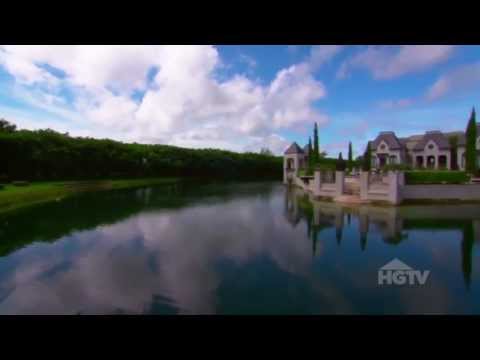