Portrayed in countless films and movies, feared by those who crossed their paths and admired by countless others, biker gangs, or, as law enforcement agencies call them, motorcycle gangs, have created over time a world of their own. A world unlike any other in the criminal universe, an original world, with rules created from scrap and life principles most of us would find difficult to live by. A world where nothing but honor and the allegiance to the club matter. The US, because here is where biker gangs find themselves at home, also calls them OMGs, or Outlaw Motorcycle Gangs. The Justice Department defines them as "organizations whose members use their motorcycle clubs as conduits for criminal enterprises." Currently, the US houses some 300 of these highly structured organizations, with sizes ranging form only a handful of people to several thousands. Of course, out of the 300 there are only a handful which take precedence. BEGINNINGS Biker gangs came to be sometimes after the end of the second World War, when cruiser motorcycles began gaining in popularity. The rise of the Harley, together with the advent of the choppers gave the newly-returned from the front American male a new taste of freedom. Battered and hardened by the challenges of the war, the men who came home were nothing like the men who shipped out in previous years. Whereas, prior to the war, all the excitement they needed was the irregular summer storm rampaging across the fields, the life-changing events which kept them alive in Europe, Asia or elsewhere made them crave something more and above the boring, law-abiding civilian life. THE HOLLISTER RIOT
What became the essential element for the birth of the biker subculture came in the form of the so called Hollister Riot. It all happened back in July 1947, during that year's Gypsy Tour motorcycle rally in Hollister, California. The gathering, sanctioned by the American Motorcyclist Association (AMA), was attended by no less than 4,000 people, several times more than expected.

It was not the event itself which brought on the madness that followed to this day, but the way in which the media portrayed it all. According to the reports of that time, the event was an insane rally, filled with drinking, wild ridding and, not to forget, general lawlessness. 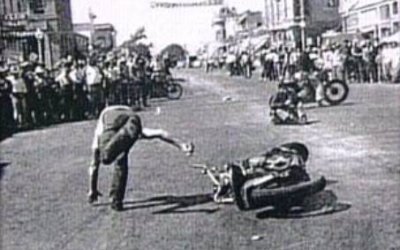 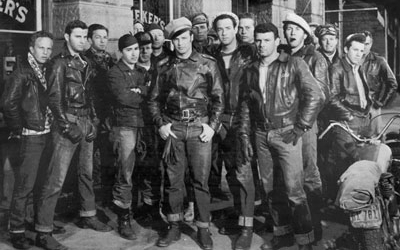 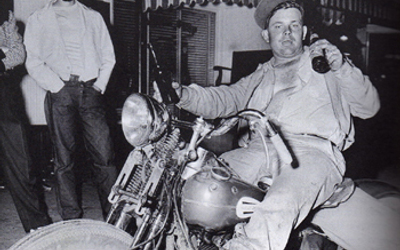 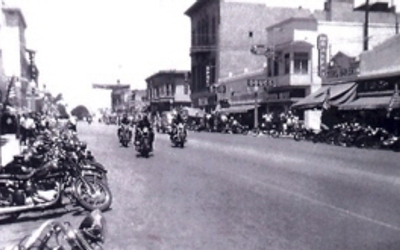 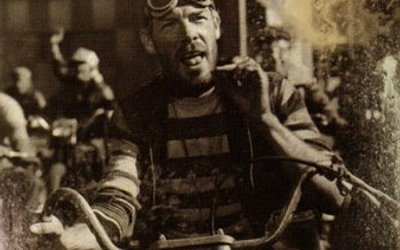 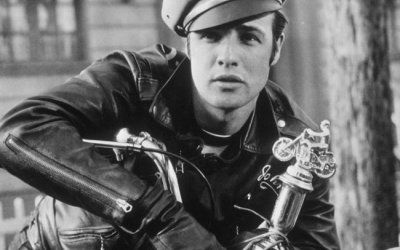 The event, a success for bikers, was considered a fiasco by the AMA, who hurried to detach itself from the 50 arrests, 60 injuries, street fighting, street racing and all the other events which took place in Hollister...They even released a statement (now, the organization denies doing such a thing) saying "the trouble was caused by the one per cent deviant that tarnishes the public image of both motorcycles and motorcyclists." A statement which gave birth to the "one-percenter" term later used to define the outlaw motorcycle clubs.

Even so, the rally managed to spawn a movement of great proportions. The outlaw taste and feel portrayed in 1947 and embraced by countless bikers got an extra boost in 1953, when Marlon Brando and the movie he starred in, The Wild One, made history and cemented the outlaw biker world into a definitive subculture. Brando and his portrayal of Johnny Strabler made for an economic phenomenon of its own, with black leather motorcycle jackets, Triumph motorcycles, jeans, white caps, and sun glasses sales blooming.

Since then, the OMG movement exploded, split, diversified, created its own rules, leaders and became the pinnacle of living life as you see fit. As we said, there are now at least 300 active OMGs in the US but, as is usually the case, there are several which set themselves apart. 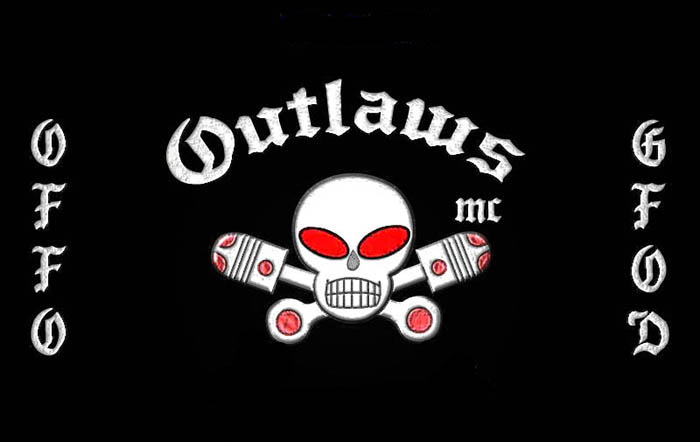 The Outlaws (OMC) predate the 1947 Hollister Riot, being established in 1935 on the old Route 66 in McCook, Illinois. The club remained active through the war but only gathered for the first time following the war at Soldier Field in Chicago, in 1946. In 1950, the club moved from McCook to Chicago, changing its name in The “Chicago Outlaws” and adopting the small skull as a logo. The design started being advertised on black shirts and hand painted on leather jackets. The logo receives a set of Crossed Pistons in 1954.

Following the 1947 Riot, AMA started being on the lookout for any suspicious activities. It bans the display of the Outlaw word on all race clothing,

The club began growing from 1964, when the “Gipsy Outlaws” from Milwaukee became the second chapter, followed by the “Gypsy Outlaws” from Louisville. Their arrival spawns the Outlaw nation, with the Chicago division becoming Mother Chapter. 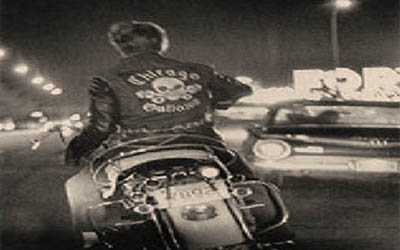 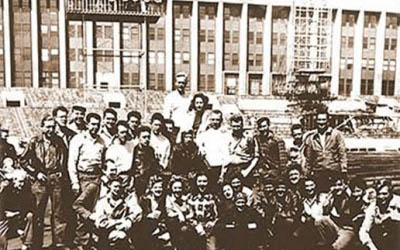 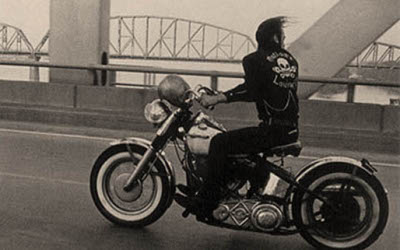 Until 1993, several other local chapters join in, with the first one outside of the US, “Satan's Choice,” coming from Canada. The first European chapter (France) is incorporated in 1993.

According to the Justice Department, the Outlaws have more than 1,700 members coming from 176 chapters in the US and in 12 foreign countries. Their criminal activities include arson, assault, explosives, extortion, fraud, homicide, intimidation, kidnapping, money laundering, prostitution, robbery, theft and weapons violations. Their biggest enemies are the Hells Angels.

HELLS ANGELS - When we do right, nobody remembers. When we do wrong, nobody forgets 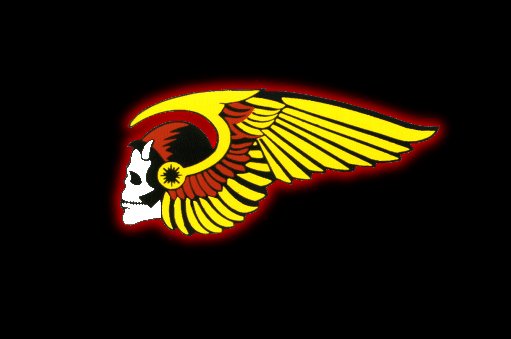 Hells Angels (HAMC) are a bit younger than their Outlaws foes, having started their life in 1948 in the Fontana/San Bernardino area and, according to the club, the original charter, Berdoo, exists to this day. The Angels have a claimed military lineage, as some say they descend from the Hell's Angels Bomber B-17 Group from World War II. The HAMC however says the only link between them and the squadron is the fact that Arvid Olsen, "Flying Tigers" Hell's Angels squadron leader gave the idea of the name to the actual founders of the Hells Angels Motorcycle Club.

The colors chosen to represent the club, red on white, is a result of the association of Olsen with the HAMC founders, as is the insignia of the 3PS "Hell's Angels".

In time, the Angels increased in number locally until 1961, when the first non-Californian chapter was adopted. By 1969, the Angels expanded to Europe, with the first chapter, headquartered in London, getting accepted. In modern days, Hells Angels are present in countless countries, including in exotic locations like Lichtenstein. 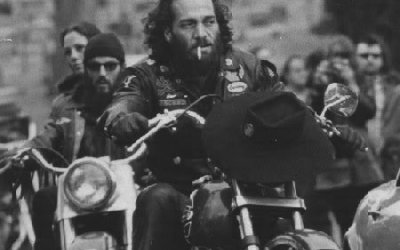 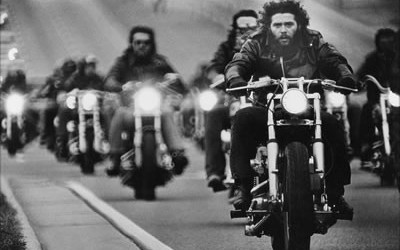 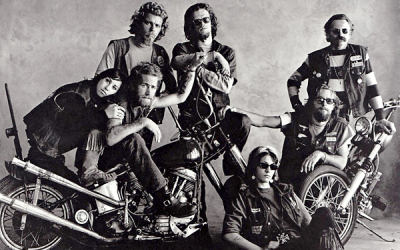 The US estimates Hells Angels consists of in between 2,000 and 2,500 members, divided in over 230 chapters in the US and in 26 foreign countries. They are an active criminal threat on six continents and are involved in non violent crimes like the transportation and distribution of cocaine, hashish, heroin, LSD (lysergic acid diethylamide), ecstasy, PCP (phencyclidine) and diverted pharmaceuticals.

On the bloody side, they are linked with assault, extortion, homicide, money laundering and motorcycle theft. Their rivals are the Bandidos, the Mongols, the Outlaws and the Pagans. And pretty much everyone else... 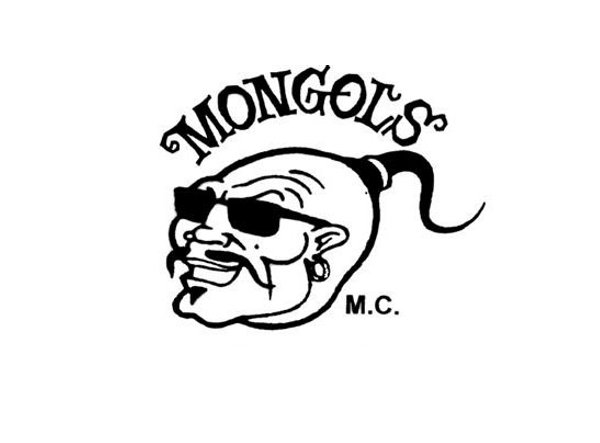 The Mongols Motorcycle Club (MMC) was born in California, but some two decades later compared to the previous two groups. Its basis were set in 1969 in Montebello by hispanic Vietnam war veterans, who were denied access into the Hells Angels due to their race.

They live by their own specific rules, do whatever the hell they want and, most of all, are very possessive. The women Mongols at times wear property patches on their jackets, stating the man to whom they belong.

In the eyes of law enforcement agencies, the Mongols are perceived as one of the most violent OMGs in the Pacific and Southwestern regions of the US. According to the official data, there are about 500 to 600 full patched members, most of them Hispanic males who live in the Los Angeles area.

The Department of Justice holds against them criminal activities including drug transportation and distribution, assault, intimidation and murder in defense of their territory. 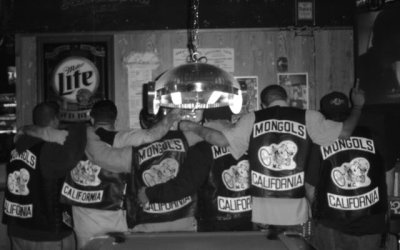 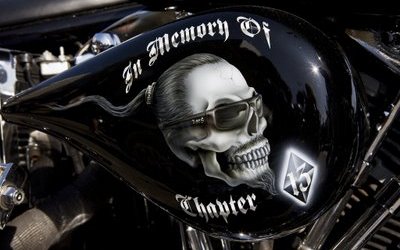 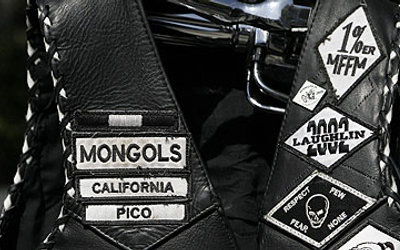 Their biggest enemies are the Hells Angels, against whom they formed alliances with the Bandidos, the Outlaws, the Sons of Silence and the Pagans.

BANDIDOS - We are the people our parents warned us about 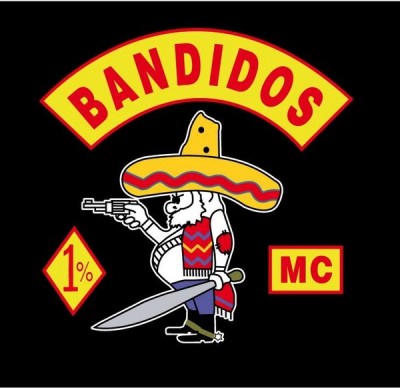 The Bandidos came to be at about the same time as the Mongols. It was formed in 1966 by Don Chambers in San Leon, Texas. Chambers was a Vietnam war veteran, so he chose the colors of the US Marine Corps as the club's colors. Today, the club is made up of some 90 chapters in the US, at least as much in Europe and several other on other continents.

The US estimates there are some 2,000 to 2,500 Bandidos in the world, with 900 of them in the US alone. The club is seen as one of the two largest OMGs in the country, with criminal activities relating largely to the production, transportation and distribution of methamphetamine. They pretty much rely on members of supporting clubs, known as "puppet" or "duck" club members, for the dirty work. Their enemies are the enemies of their allies. Mostly the Hells Angels.

Outlaw motorcycle clubs are and have all the chances of remaining highly organized structures in the years to come, despite all the efforts of law enforcement agencies. Feared by those living around them and despite the way in which the Department of Justice describes them, OMGs will remain a type of a society within a society with, as said, its own set of rules and values. Their structure, their rules and aforementioned values will make the object of another piece on autoevolution. 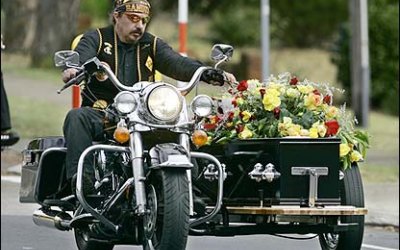 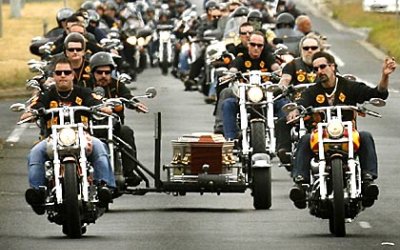 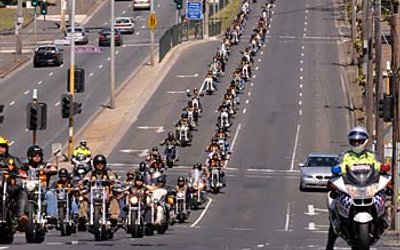