1 Hamilton Takes Time Off with Nicole 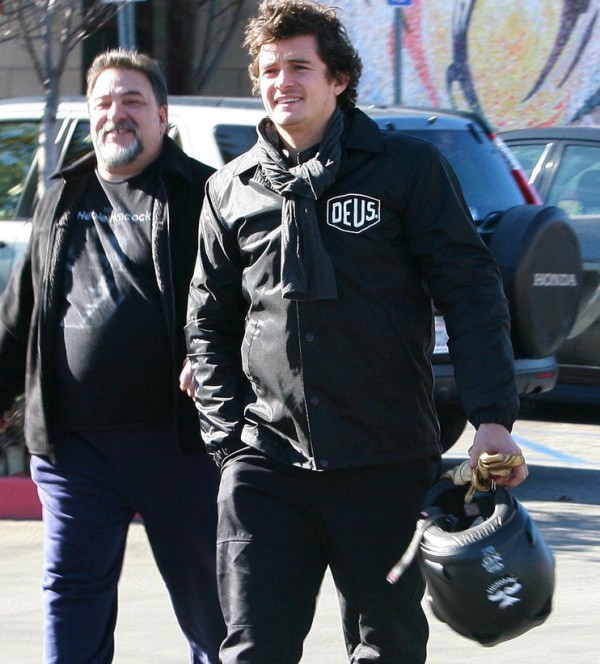 Going to Church two days after Christmas is surely nothing extraordinary for any faithful individual. But when it comes to celebrities doing that exact thing on their fancy motorbikes, the issue certainly stirs gossip comments.

Here's what happened yesterday, on December 27, more exactly. Orlando Bloom, already famous for his motorbike rides, has added one more to the photo album.

According to justjared.com, the 31-year-old British actor was seen riding his “Beverly Hills Ducati” motorcycle when he left a church on Saturday, just two days after Christmas.

But that's not all! The well-known actor was dressed accordingly. Since he was visiting the house of God, he probably thought wearing a jacket from Deus Ex Machina was the most appropriate clothing choice for him. For those who are not quite familiar with the Latin language, the meaning of the above mentioned expression is “God from the machine”.

As a matter of fact, it seems that Orlando went shopping at Sydney's bike store Deus Ex Machina in Australia, in May, this year.

After that, he reportedly went out with his Australian girlfriend Miranda Kerr and got into a fender bender.

Bloom and Kerr first announced they were dating in February this year but this was a few months later after they were rumored to be seeing each other. Their first public appearance together in April at a race meeting in Sydney, Australia. That was just a few days after the British actor first met his girlfriend's parents. Orlando surely makes a nice couple with the beautiful 25-year-old supermodel and apparently they will get married soon. It seems the wedding won't be on the motorbike as you might have expected as they will rather have a Buddhist ceremony.