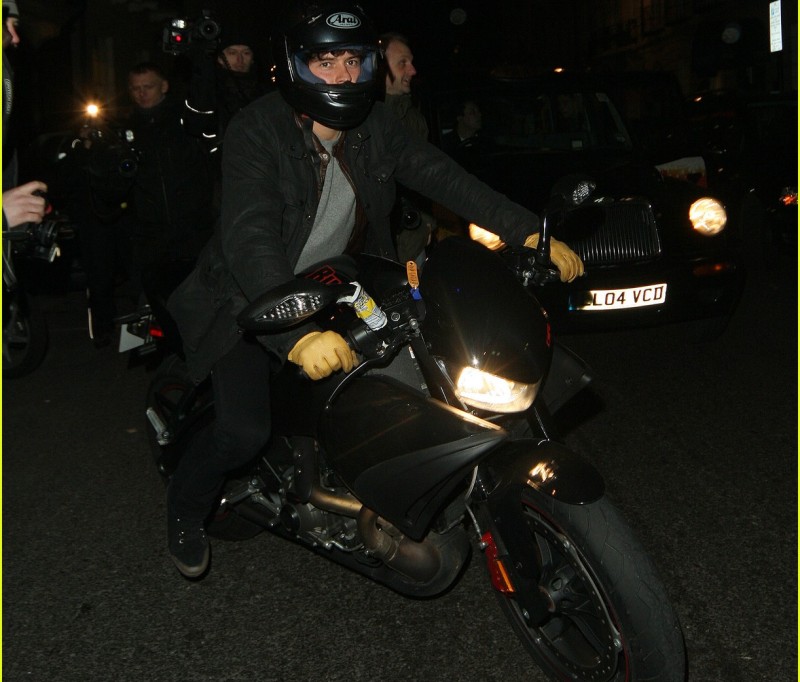 The fact that Orlando Bloom likes riding the motorbike is certainly nothing new, but it seems that the 31-year-old British actor is quite hooked on it.

Bloom came at the Mummy Rocks auction on Wednesday (March 18) in London on his bike, buzznet.com has heard. We have no information regarding Bloom's contribution towards Mummy Rocks, a Mother’s Day event in aid of Great Ormond Street Hospital Children’s Charity, but we do know that his bike is awesome.

In fact, Orlando rides his bike in places even more unusual than this one. As we have already told you, a few days after Christmas last year, the British actor was seen riding his “Beverly Hills Ducati” motorcycle when he left a church on just two days after the big holiday. After the visit to the Church, he went out with his Australian girlfriend Miranda Kerr.

The two made their first public appearance together in April last year at a race meeting in Sydney, Australia.

However, the aforementioned charitable event is not the only one of its kind which Orlando participated to. The British actor also took part in the "Australia Unites" fundraiser to raise support for the victims of the Australian bushfires on February 7, 2009.