1 Endeavor Getting Ready for Final Flight 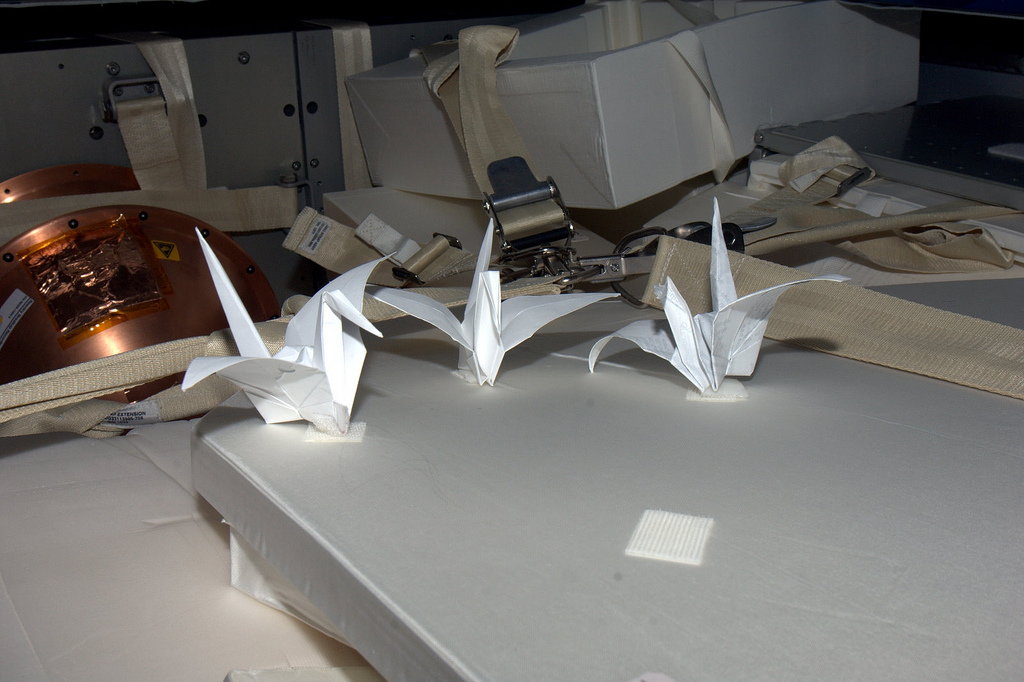 Thousands of miles away from Earth, the three astronauts from the International Space Station (ISS) feel they have their hands tied when it comes to helping out the relief efforts underway in Japan, following the March 11 twin disaster.

Even so, taking advantage of the robotic Japanese cargo ship Kounotori 2's last flight home (used to deliver four tons of supplies and equipment back in January, the Kounotori 2 will be destroyed hours from now, as it reenters the atmosphere), the crew decided to send home a symbolic message.

The three astronauts have made each a crane origami, as a means to express their support for the reconstruction of Japan, and will be packing them aboard the cargo ship to burn with it in the sky above the Pacific Ocean.

"These are our extraterrestrial cranes, a symbol of hope, put into HTV for all Japanese people," the astronauts wrote in a message to go with the cranes and published by Space.com. "We are with you!”

The Japanese space agency, JAXA got the message and stands by the gesture made by the astronauts to support the relief efforts.

"The ISS crew's heartfelt concerns and wishes have spread to the ISS partners, NASA, ESA and Russia. People at those agencies began to make paper cranes wishing for the early and successful restoration in Japan," JAXA said in a statement.

Aside for the origami, the Japanese cargo will be destroyed together with 3,135 pounds (1,422 kg) of trash, foam packing material, food containers and objects that are no longer needed on the space station.