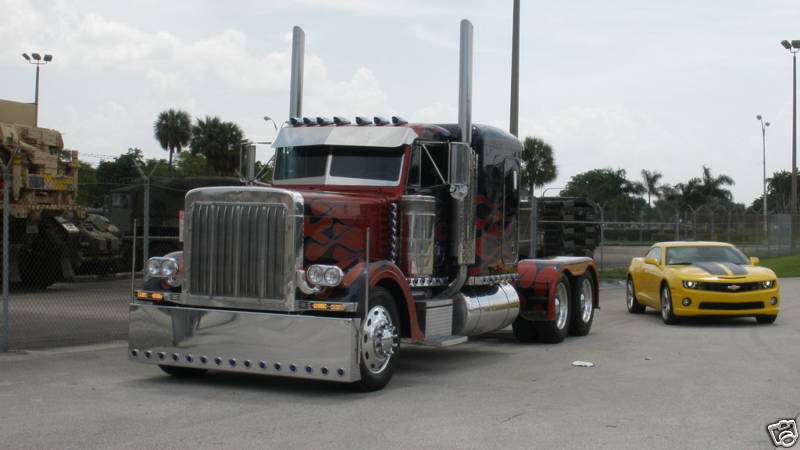 One Autobot fan found the perfect timing to put his Optimus Prime Movie Truck replica up for sale on eBay, as the newly launched Tranformers 2: Revenge of the Fallen has held the number one box office spot for two weeks, until Ice Age 3 was premiered.

The Optimus Prime alternate mode on Earth wannabe shares quite a lot from the original truck used during the filming.

The 1997 Peterbilt 379 has a custom PPG paint and clearcoat, and hand pinstripped flames to make it look just like Prime. Fans of the Autobot leader will be glad to hear that this replica has the same features under the extended hood. A 475 horsepower Caterpillar runs through a ten-speed Eaton Fuller transmission.

The current bid is $25,100, but there are still eight days left until the biding process will close. If you are lucky enough, you might be the one that makes room for it in your backyard. “Please bid only if you plan to purchase have all your finances ready and keep in mind he does not fit in all backyards,” the seller’s advert says. 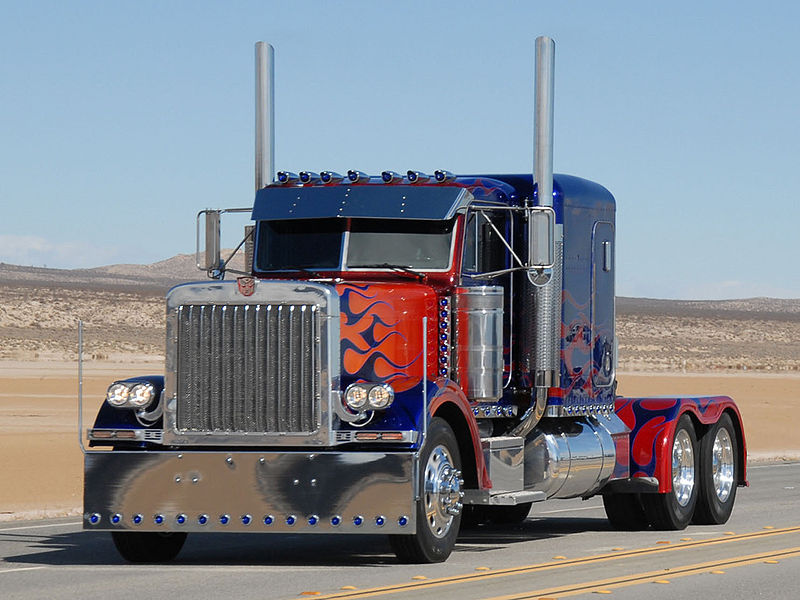 Optimus Prime seems to be as much as a star as Megan Fox, Shia LaBeouf and Bumblebee are.

The Autobot leader has recently made a guest appearance on The Late Show With David Letterman, autoblog.com reported. Optimus used his voice for the program’s Top 10 list, this time, of things that sound cool when spoken by a giant robot.

However, taking a closer look at the pictures posted by the seller, we asked ourselves what’s with that Bumblebee Chevy Camaro that appears in some of them?

Does the seller have a friend that shares the same passion for Transformers or is it just a trick he used to attract buyers? We’ll just have to wait and see...