3 Opel/Vauxhall Gets 1.9 Billion Euro from GM
Car video reviews:
Up Next 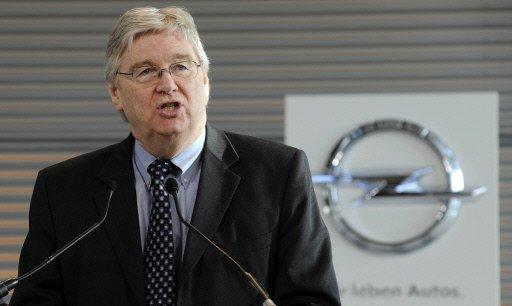 Last month, Opel/Vauxhall’s CEO presented the carmakers’ viability plan, a scheme aimed at ensuring their financial crisis survival and their return to profit in the future.

The measures include multiple investments in the development of new products and also massive job cuts, that are aimed at maintaining cost at a low level.

Recently, Opel/Vauxhall announced that the viability scheme has seen significant progress, especially in Spain and in the UK. In the former, Opel plans to eliminate 900 jobs at the Zaragoza Plant – a measure which has now been agreed with the local unions.

In addition to that the UK government announced that it will guarantee a 300 million euro loan for supporting the companies’ operations on the UK and other European markets. This decision comes after many months of negotiations and marks an important step in the plan's development. Similar discussions are currently taking place with other European countries’ governments and the companies are confident that it will obtain similar results.

"Today marks an important step for the future of Opel/Vauxhall," said Nick Reilly, Opel/Vauxhall CEO. "This shows significant progress in our efforts to secure loan guarantees from European governments and to get support from our employee representatives. We very much appreciate the support of Lord Mandelson and the British Government which is a vote of confidence in our company. I'm also grateful for the Spanish government's role in moderating the discussions between management and unions resulting in the important agreement reached early this morning."