4 Opel Insignia Grand Sport Could Get A Coupe Version
Car video reviews:
Up Next

Following an investment of over EUR 500 million, Opel has begun the regular production of the Insignia.
24 photos

The first example of the second-generation of the mid-sized model from the German brand has left the factory in Russelsheim after a ceremony that involved the development team, company employees, and the CEO of the firm.

The first Mk 2 Opel Insignia made is an "abalone white" Grand Sport model with a 2.0-liter diesel engine that develops 170 HP. The order books for the second-generation Insignia were opened in the middle of February, and the first cars will reach Poland, Denmark, and Germany. European dealers will have the new Insignia in showrooms this summer.

Opel’s leaders are confident that the all-new Insignia will be a successful product, and they hope it will exceed the first generation’s results. The latter was sold in 940,000 units, which made it the fourth best-selling model from this brand. The Mk 1 Insignia also won the 2009 European Car of the Year title, which is a cherished distinction for the marque.

As we previously reported, the second-generation flagship from Opel is built on a new platform, which led to a weight reduction of up to 200 kilograms when compared to the first generation.

The company has also equipped it with an all-wheel-drive system that comes with torque vectoring, but the regular models have a front-wheel-drive configuration.

Other technologies that make this model the pride of the brand include the second-generation IntelliLux LED matrix headlights, active lane assist, and adaptive cruise control. This announcement has also brought us the German spelling for “flagship,” which is written “Flaggschiff” in the company's native language.

Opel and Vauxhall, the last brands of General Motors in Europe, were recently acquired by the French at Groupe PSA. While the transaction has not been done yet, the two brands will be in the portfolio of PSA in the future. 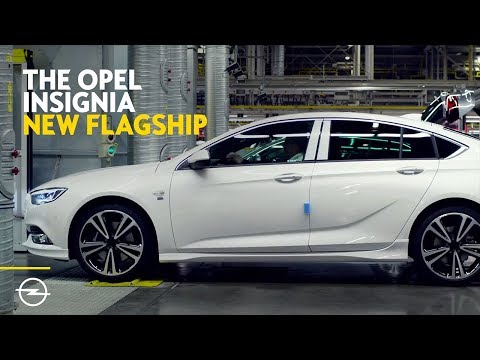