1 Merkel: Opel Is Not Vital to the Economy

2 German Interior Minister: Insolvency Could Be Opel's Only Hope

Opel Says It May Close German Factories After All 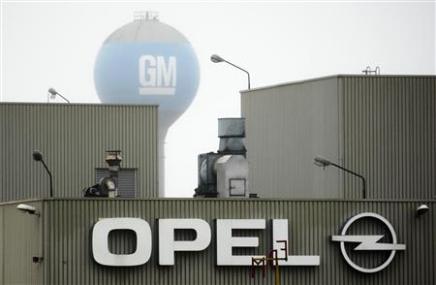 Even though several officials clearly stated that Opel does not intend to close any of its production facilities, it may seem like the German brand may actually shut down some plants after all. According to Reuters citing the German weekly magazine Der Spiegel, Opel mentioned in the viability plan it submitted to the local government that it may be force to close the doors of its domestic factories in Eisenach and Bochum plus the Belgian facility in Antwerp.

This would basically mean 20 percent of the company's 55,000 European workers to be left without jobs, the German publication added citing the same official papers presented to the government a few weeks ago.

In addition, the newspaper also unveiled that the German finance and economy ministries agreed to provide money to Opel but only in the form of loans or guarantees, refusing this way to directly inject money into the company.

Back in February, Juergen Ruettgers, prime minister of North Rhine-Westphalia, also known as the largest Germany state, explained after a meeting with General Motors CEO Rick Wagoner in Detroit that the automaker has absolutely no plan to shut down its German facilities agrees to collaborate with the government on finding the best solution for both parts.

"It took a load off my mind when I heard that there is no decision here at General Motors' headquarters to shut down any plants in Germany," Ruettgers was quoted as saying by Autonews. "But due to the difficult economic situation there must be a plan for the future, not just in Europe but also in America," he added, pointing that Opel should be open to talks with the government to get the money it needs.