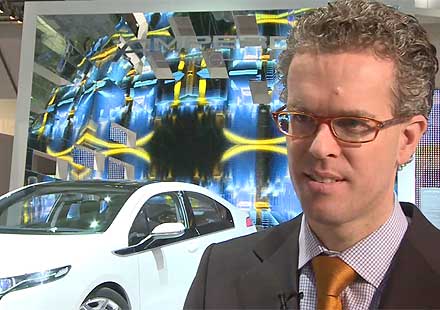 Last week, news of Frank Weber (Opel's product planning chief and the man that has led the engineering team which gave birth to the Chevrolet Volt) leaving the German auto maker broke, with the silence surrounding his departure pointing to a decision from Weber that has displeased Opel.

One week later, Autonews reports that Weber has been signed by BMW, a soon-to-be rival for Volt/Ampera on the EV market with the i brand. Although it's not yet clear what position the new executive will occupy at BMW, it more than surely has something to do with the electric vehicles that will be launched by BMW over the next few years.

BMW's move, although not confirmed as the reason for which Weber left Opel, will surely send chills down the spines of all car companies who are working on electric vehicles.

Despite the fact that it has a very capable team, BMW is still missing those key employees that will make the i brand stick and catch. These employees exist, but they are not (yet) on BMW's payroll.

Weber, the man who “left the company to pursue other business opportunities" as Opel officially said, has been with GM and its subsidiary for ten years. Until recently, he was in charge with developing the Chevrolet Volt, the model now planned to become the core product of the Americans in the near future.

In November 2009, Weber took over Opel's product team, navigating through all the problems which shook the automakers at the time when GM still wanted to get rid of it.