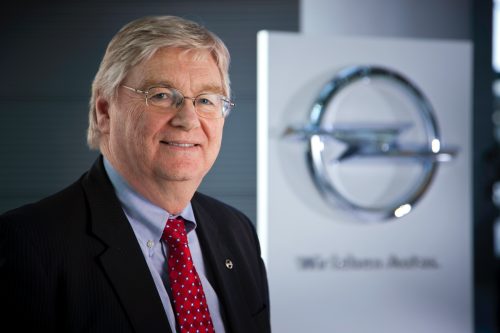 Nick Reilly will unveil today Opel's new management team that will be in charge of the revival of the German group. At least, this is what European government and unions are expecting as Reilly promised several times that his new team will see daylight in mid-January.

"I expect that on Friday a management team will finally be presented," one Opel board member told Reuters in a statement. "In the organizational structure there was always a (perpendicular) direct line and a so-called dotted line for their field of specialization that cut across. That always made things difficult and now we would like to have clarity - one superior for every employee."

Although Reilly is yet to announce the names of those who'll be in charge of bringing Opel among the top players of the industry, rumors are suggesting that manufacturing director Reinald Hoben will be appointed head of production and will take the place of Eric Stevens.

"I intend to announce my management team soon. It will be a team that can hit the ground running with our ambitious agenda," Reilly said in a statement on January 8.

"They are a great mix of people familiar with the Opel/Vauxhall organization and others who can bring new, innovative opinions and approaches. At the same time, we will begin a new product offensive that will see a major re-vamp of our line-up. This year alone we will launch seven new products."