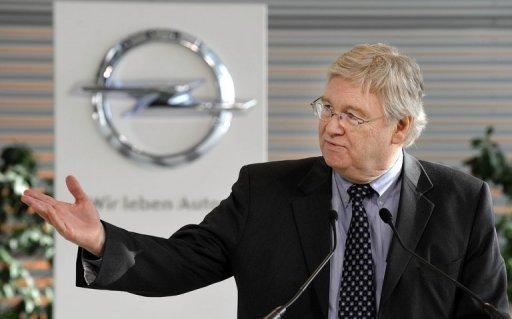 Opel/Vauxhall CEO Nick Reilly said in a statement that there is no plan to go beyond the initial 8,300 job cutting plan in Europe, despite claims from unions that approximately 2,000 more employees are at risk. After a meeting with the company's European Employee representatives, Reilly emphasized that the 2,000 extra job cut was only concerning the "employees who had already signed up to a pre-retirement part-time program in 2006 in Germany".

“Some of the actions we need to take are unfortunate and tough, but the reality is that we have to act,” he said.

"It is inexplicable that the plan includes more job cuts that have been covered up until now. We see this as absolutely insincere," labor chief Klaus Franz told reporters according to an Autonews report.

Talking about the Antwerp situation and commenting on the possibility to be sued by Belgium unions, Reilly explained that building an SUV at the local plant was only a plan, so the US-based manufacturer can't be accused of breaching a contract.

"Frequent repetition of the claim that the company was allegedly in breach of a contract does not make that claim any more true. This document clearly spelled out that building a small SUV in Antwerp was a plan. Given the dramatic change in the overall economy this plan had to be changed," he explained.

Additionally, Reilly said that GM is also injecting its own money in Opel, thus denying claims that the parent company is waiting for state funds to begin restructuring.

"Another claim - made after the meeting – that GM was not participating in the funding of New Opel is also wrong. Already at the end of last year, GM contributed € 600 million to the funding plan. This amount has always been part of the € 3.3 billion funding requirements that were communicated from the outset," he concluded.