3 Opel Ampera, at EU Conference in Spain
Car video reviews:
Up Next 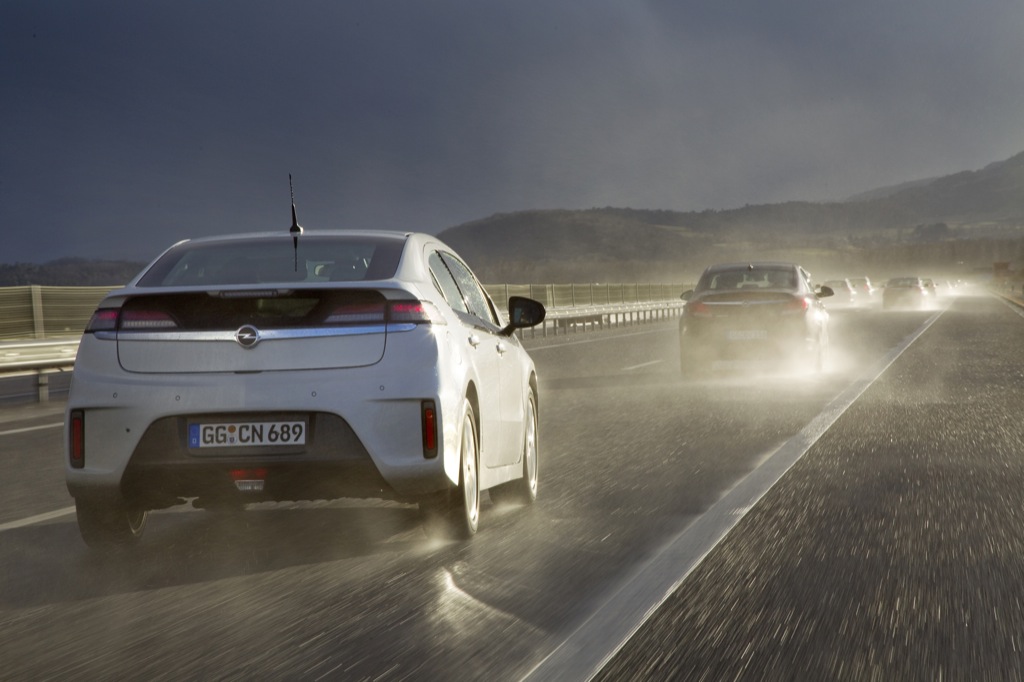 A few days ago, Opel has revealed through a press statement that a first prototype of the production Ampera will be driven to the 2010 Geneva Auto Show through a journey that started at Opel's plant in Rüsselsheim. As the show is today opening its doors, the Ampera arrived in Geneva yesterday, with CEO Nick Reilly the one to park it in Opel's very own booth at the venue.

Just as expected, Opel hasn't missed the chance to praise the Ampera, a vehicle equipped with a 111 kW/150 hp electric motor that delivers 370 Newton meters torque from a standstill. As for performance, the Ampera sprints from 0 to 100 km/h in approximately 9 seconds while topping at 161 km/h.

“As 80 percent of drivers normally travel less than 60 kilometers per day, it is the exception rather than the rule that they experience the combustion engine in operation. Of course we want to be certain that the Opel Ampera also runs smoothly during long-distance operation,” said Reilly upon his arrival at the Geneva Palexpo grounds.

“The positive results of our first long-distance drive with the Ampera demonstrate that we are on schedule for the start of series production at the end of next year. One year ago we presented the production design, and today we can already show the first prototype of the series production Ampera.”

The Ampera is expected to enter production at the end of 2011 and will be marketed as both Vauxhall and Opel.