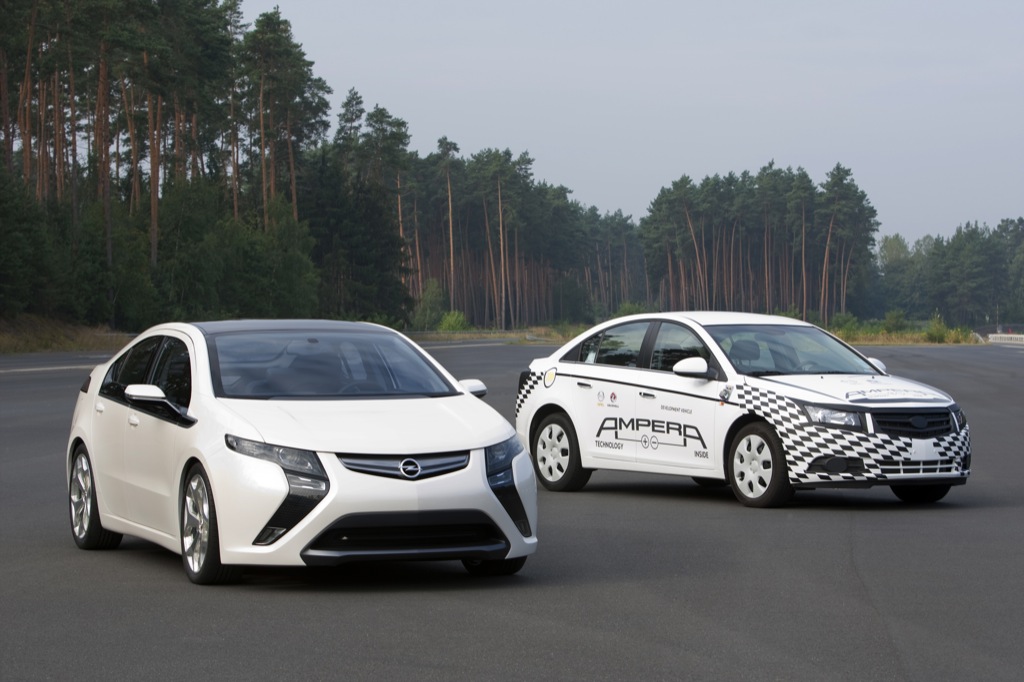 Opel's Ampera will be displayed at the Geneva Motor Show in March using an interested, but already used by some other automakers, journey. Basically, the Ampera will travel from Rüsselsheim, Germany, to the Geneva Motor Show in Switzerland on its very own wheels, in a move to demonstrate the car's abilities to keep fuel consumption and CO2 emissions at the lowest possible level.

The car has just received its first charge at the newly installed recharging station at Opel’s headquarters and will travel the first stage of the 600 kilometers in pure electric mode. It will be driven by Opel/Vauxhall Director of Electric Vehicle Implementation, Gherardo Corsini.

“I am really looking forward to putting a lot of “miles” on our first Ampera prototype during this maiden test on public roads,” said Corsini. “With 370 Nm of instantaneous, electric torque under my right foot, it promises to be an interesting and almost silent drive to Geneva."

The Ampera is projected to enter production at the end of 2011 and will be sold as both Opel and Vauxhall.

autoevolution will be attending the 2010 Geneva Auto Show, so stay tuned for some real up close and personal shots of the vehicles, as well as for first-hand details of the motorized contraptions presented at the event.