3 Opel Ampera Plug-in Hybrid Set for Geneva
Up Next 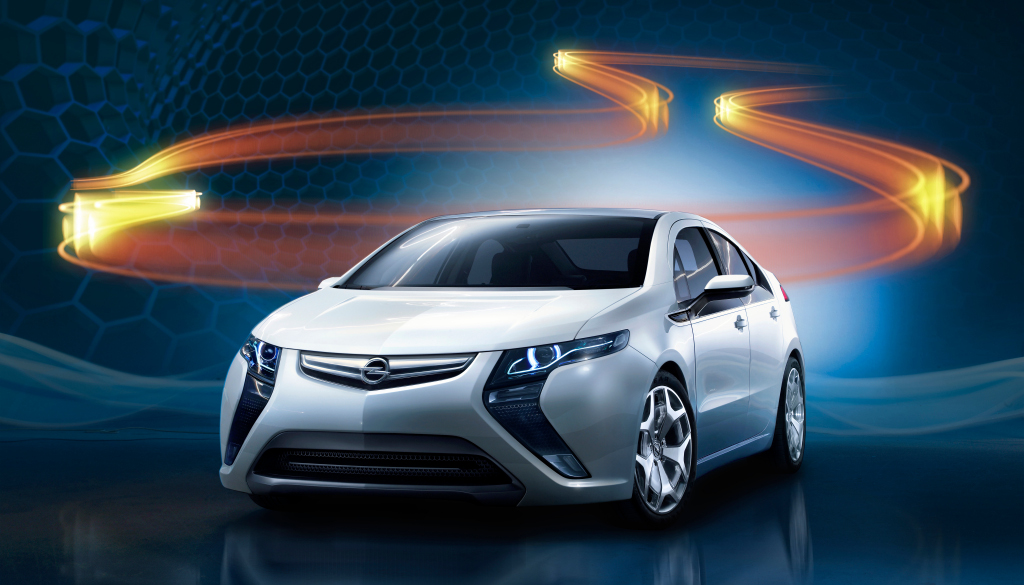 Opel already announced two weeks ago or so that its "revolutionary" electrically-propelled Ampera model is going to be showcased at the Geneva Motor Show this month, but all we got was a teaser photo. Today, the German brand rolled out the first official picture showing the Ampera which, at first glance, looks fairly futuristic yet eye-catching.

As you can see for yourself in the adjacent image, Ampera boasts extended headlights, with fog beams mounted on the edged of the front bumper. The four-door model also sports large exterior mirrors plus body color-painted door handles and alloy wheels. Nevertheless, it's only a concept so many of these features will be probably removed before launching the production model (if the automaker plans one).

Details regarding Ampera are quite limited at this point, but Opel repeatedly praised the features of the car, insisting it will represent the first emission-free, electrically propelled vehicle in Europe particularly addressed to everyday driving. The main thing worth mentioning is the 500 kilometers autonomy provided by the 16 kWh lithium-ion battery and an on-board generator that produced electricity once the battery pack is completely depleted.

For those of you who missed our first coverage on this subject, Ampera is currently regarded as a European flavor of Chevy Volt, the extended-range electric car expected to go on sale in late 2010.