2 Cake's New E-Bikes Are Silent, Tough, and Ready for Anti-Poaching Raids in Africa

Onyx Revives Its CTY E-Moped, It Comes With Upgrades but It Keeps the Retro Look

If you are familiar with the Californian company, you probably recognize it for its more popular, more powerful RCR model, as the CTY moped hasn’t enjoyed that same success. Nevertheless, it was an attractive two-wheeler that could reach 30 mph (48 kph) and delivered 160 Nm of torque. Onyx launched it four years ago.

The new version of the electric moped is called CTY2, and it keeps that same cool, retro look and step-through design, with the tubular frame, large seat, and even larger battery. Compared to its older brother, the CTY2 comes with a lower center of gravity for better control while riding. Onyx doesn’t offer all the details when it comes to the specs of its new electric motorbike, but we’ll tell you what we know so far.

According to its manufacturer, the CTY2 can climb 45-degree hills and can handle roughly any terrain, being equipped with heavy-duty suspension. The moped comes with pedals, although they’re not exactly useful with this kind of vehicle. There’s a twist throttle, too, which allows you to switch between several riding modes and offers 60 volts of instant torque.

As for the battery of the new CTY2, it has a capacity of 23 Ah/1,380 Wh, and Onyx claims it can offer up to three hours of fun on the wheeler. The manufacturer claims its CTY2 electric moped can go for more than 60 miles (96 km) on a single charge at a speed of 20 mph (32 kph). The battery requires five to six hours to fully charge. But Onyx plans to soon offer rapid charge as well, which will get it up to 100 percent in just three hours.

Pre-orders for the new CTY2 electric moped are now open, and you can get the motorbike for approximately $3,700. 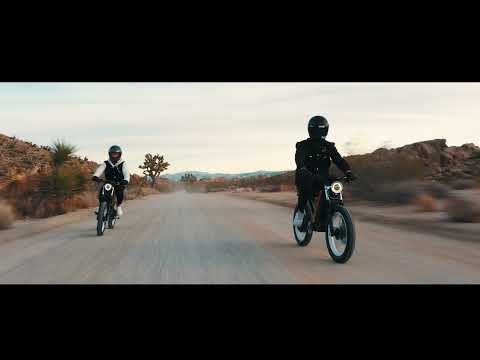