3 What is Brake-by-Wire and How it Works

One Pedal Driving: What Is It, How It Works, and What Are Its Advantages

Apart from being environmentally friendly and technologically advanced, most fully electric and plug-in hybrid vehicles offer many features that make driving much easier than it once used to be. One of them is the single-pedal mode which uses the electric motor to slow the vehicle down when you take your foot off the accelerator.
9 photos

Long ago, driving was harder to master since most vehicles used a manual transmission and were not as responsive or capable as their modern counterparts.

The automotive industry's evolution gave birth to features such as power steering and automatic gearboxes which significantly simplified the experience.

Thanks to the rapid progression of technology, fully electric and plug-in hybrid vehicles are widespread these days. They way things are going, electrified cars will eventually push those powered exclusively by internal combustion engines to the brink of extinction.

Aside from the obvious reasons why they have become so popular, these vehicles simplify the driving experience even further. Since their propulsion systems feature electric motors, they can be driven in various situations by only using a single pedal: the accelerator.

For those unfamiliar with these types of vehicles, one- or single-pedal driving eliminates the need to use the brake pedal to slow the car down in those situations that don’t require firm braking.

In a battery electric vehicle or a plug-in hybrid, the powertrain, which features one or multiple electric motors, requires electric energy provided by a battery pack to accelerate. So, when drivers press the accelerator, the motor starts to spin, and the vehicle moves forward.

However, these electric motors can also be used for deceleration. When easing off or completely releasing the accelerator, the motor uses kinetic energy to produce electricity, which is sent back into the battery pack. The process is called regenerative braking. When this happens, the vehicle slows down more than an ICE-powered car would, even when employing engine braking.

The magnetic resistance of the motors, which momentarily become generators, creates a braking force that’s enough to slow it down in normal driving conditions.

In vehicles that support it, one-pedal driving is a feature that can be enabled or disabled by pressing a button or flipping a switch. So, if you want a normal, two-pedal driving experience, it is readily available as well.

Also worth noting is that enabling this driving mode doesn’t disable the vehicle’s conventional braking system. The brake pedal continues to work at all times and can be used in emergency situations.

Additionally, the brake lights function normally, so you don’t have to worry about getting slammed by the car behind you when using one-pedal mode.

Another concern for those who haven’t experienced this type of braking is how the car behaves on loose or wet surfaces. Since the e-motor only stops the driven wheels, many vehicles will automatically employ the hydraulic brakes on the other two wheels if loss of traction is detected.

One-pedal driving is convenient, safe, and gives the rotors and brake pads a rest. As a result, these components will last noticeably longer than they would on a vehicle that doesn’t feature regenerative braking capabilities.

Sure, some prefer the fine art of driving using three pedals and a shifter, but even they can agree that in certain situations like a traffic jam or a long trip, this feature will make driving far more convenient. 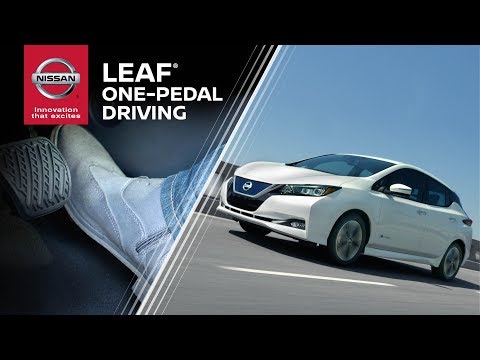