1 Ferrari 612 Scaglietti Replacement May Be a Hybrid 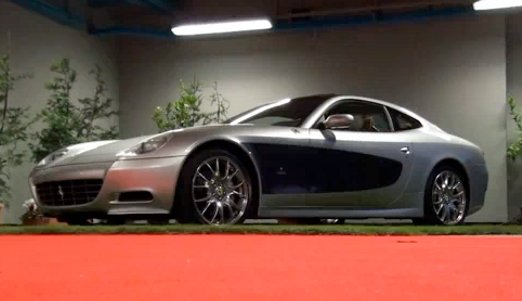 Until Italian sports car manufacturer Ferrari launches the replacement for the 612 Scaglietti at next year’s Geneva Auto Show, we’ll just have to settle with a one-off version of the model. Dubbed 612 GTS Pavesi, the latest product from Ferari's own customization program is named after an Italian manufacturer of go-kart engines, Luxist reports.

The vehicle comes with a pair of removable carbon-fiber roof panels, unique two-tone paint scheme, a new front bumper, a custom exhaust system and some extra 20 horsepower for a total of 550 hp.

Since neither the name of the owner nor the price of this one-off creation has not been revealed, we can at least enjoy a video posted on YouTube that reveals the car from different angles, while making us indulge in its roaring start-up sound.

The 612 Scaglietii has entered in the Ferrari stable in 2004, designed to replace the 456 M. The name of the 612 one-off is taken after the home town of one of Ferrari's coach builders, Carozzeria Scaglietti.

As said, the Scaglietti’s replacement is said to hit the road sometime in 2012, and is likely to be a hybrid. Recent rumors pointed to a V12 powerplant capable of producing around 550 hp, in conjunction with an electric unit that will deliver around 100 hp. But we’ll just have to wait and see.

In the meantime, let’s take a look at the one-off 612 GTS Pavesi: