1 Chromed Blue Angels Ford Mustang GT to Be Auctioned Off 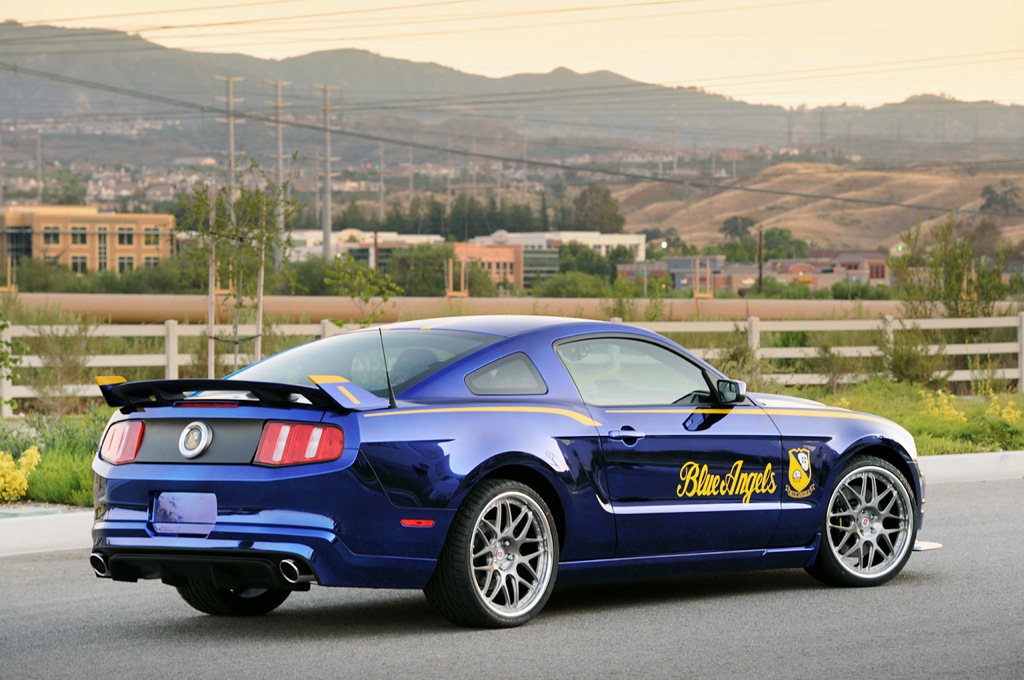 The one-of-a-kind aviation-themed Blue Angels 2011 Ford Mustang GT has finally met its purpose - that of raising money for the EAA Young Eagles organization, which has provided free introductory flights to more than 1.6 million young people since 1992. The car, which was purchased by a bidder from California, was sold for no less than $400,000.

The winning bidder also received a Blue Angels flight helmet autographed by the pilots and crew.

The "Blue Angels" edition joins three other one-of-a-kind Mustangs created by the Ford design and engineering teams for the EAA Young Eagles Auction in recent years. These include the Mustang AV8R, with cues from the F-22 "Raptor”, and the AV-X10 "Dearborn Doll" Mustang, crafted in honor of World War II aircraft.

The Ford "Blue Angels" Mustang’s is finished in spectra-chrome blue paint. The car’s exterior is inspired by the naval aviation performance demonstration team and the F-18 Hornet aircraft it flies. The car's custom rear spoiler's vertical tailfins, the "screaming yellow" gloss accents, inclusion of the Blue Angels script and crest all are drawn from the Navy aircraft.

Under the hood, the "Blue Angels" Mustang is fitted with a Ford Racing supercharged 5.0-liter V8 engine producing 624 horsepower. The Ford Racing components also include a handling pack, performance exhaust and racetrack brakes.