Onboard Footage From Porsche 919 Hybrid Lapping Le Mans is Mesmerizing

We can never have enough of those onboard videos showing us what the driver of a Formula 1 car or any other racer sees during the race.
1 photo
We also know this goes the same for every petrolhead out there, so whenever we find such footage, there's this urge to show them to you no matter what.

By watching the video below, you'll be able to ride along with #17 Porsche 919 Hybrid driver Timo Bernhard as he battles the Circuit de la Sarthe for a full lap.

Although the quality of the video is not top-shelf, the driving done throughout the clip is. It's a wonderful view seeing the blistering fast LMP1 prototype making its way through corners at dizziness-generating speeds and shooting like a bullet in straight lines.

But that shouldn't amaze us that much and we'd better accept it as a natural trait of Porsche's Le Mans racers, since they shattered the qualifying record during this year's 24 Hours race, secured pole positioned and went on to win the competition.

But even if it all looks exciting in the videos, you should keep in mind that competitions like Le Mans allow carmakers to test and fine tune new technologies. And these new technologies are what the customers receive later in their road-going cars, so there's more than meets the eye behind the glitz and the fuss generated by such a competition.

In any case, the video is available below, so feel free to watch it and prepare to be mesmerized by it. 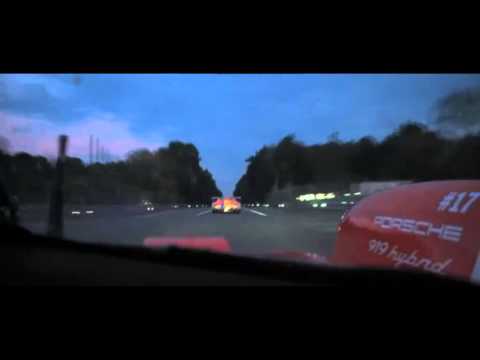