4 The Transformer Rioja Trailer With Balcony, Jacuzzi and 3 Bedrooms Is the Ultimate RV

Think of a rock’n’roll star’s tour bus and you’re probably imagining something that would fit with the rock’n’roll lifestyle cliche, including a large bed in the back and a living area designed for chilling out but used mostly for partying with groupies. This is not that.

On Board Timbaland’s $2 Million Recording Studio on Wheels, the Tricked-Out MMG Tour Bus

The MMG Tour Bus, as it was widely known in the industry when it made its splashing debut in 2010, is a professional recording studio of the fanciest kind, wrapped in an RV package, and packed with countless custom details that give it that extra-special A-list touch. It is (or was) Timbaland’s tour bus, which he had designed specifically as a creative space, and not your typical celebrity tour bus, where he’d get to sleep, eat, and party.

Admittedly, he could still do all these, but that’s beside the point. The MMG Tour Bus is the work of Vulcan Coach Corporation, which describes itself as “the longest-running luxury coach conversion company in the U.S.,” with an impressive portfolio of entertainer coaches, medical and emergency response buses, and motorhome conversions.

Located in Birmingham, Alabama, the family-run business boasts the most incredible roster of celebrity clients, including Willie Nelson, Garth Brooks, and ZZ Top, but perhaps their most publicized project is the unit they delivered to Timbaland sometime in 2009. To this day, it remains one of the most impressive and expensive celebrity-owned RVs out there.

You have to remember, back when Timbaland commissioned this tour bus, he was at the height of his popularity. He is the most prominent and influential music producers of the ‘90s and the first decade of the 2000s, and this bus came along at a time when you couldn’t turn on the radio and not hear at least a handful of his hits in rotation. The man was churning out hits at an incredible pace, so he needed to keep doing his stuff even when he was traveling.

A Prevost bus conversion proved to be just the thing. With a custom exterior by Walters d’Andrea, of the Caneyville, Kentucky-based WD Bodyworks, the MMG Tour Bus also had a matching trailer, though it was never mentioned in the media. That’s probably because the most outstanding thing about it was the fact that it was a literal, professional-grade recording studio, including a vocal booth – with a custom, gold-plated U87 microphone.

As the video tour below shows, the heart of the studio was the SSL Matrix Console, supported by fully loaded XLogic X-Rack systems with digital I/O to Pro Tools. This was the first time that Solid State Logic (SSL) used the Matrix in a mobile environment. Tech stuff aside, the vibe inside was “sexy” and “real,” conducive to the kind of flow and inspiration that comes in actual, non-moving studios. For Timbaland, that translated into integrated LED lighting in his keyboard station, and some sparkle here and there.

The MMG bus (the name stands for Mosley Music Group, Timbaland’s label) was still fit for pampered living, even though it lacked the traditional layout for it. As you entered, right after the front seats, there was a sizable living room area with two large leather couches and what looked like a kitchen block. The dining nook included an illuminated table that doubled as a piece of ever-changing art, so Timbaland could continue to be inspired even when he was eating. A bathroom with a large-screen TV was also onboard, because, artiste or not, when a man’s gotta go, he’s gotta go.

Finishes included marble floors and mahogany furniture, with genuine leather, ambient lighting, and state-of-the-art audio throughout. Four CCTV cameras were part of the security system for this unique RV, which came with a reported price tag of $2 million.

No word on what happened to the MMG Tour Bus after Timbaland was done with it or, for that matter, whether he still has it around somewhere. We reached out to Vulcan Coach for an update, as well as more details of the build, and will edit the story accordingly when we hear back. If the bus is still in the star’s possession, it’s been stripped of its “heart,” because the Matrix console was sold in 2021 online for $10,000, still in impeccable condition. 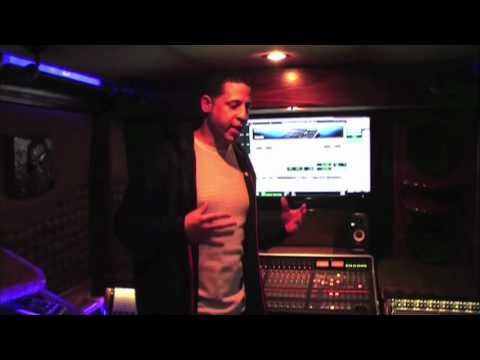 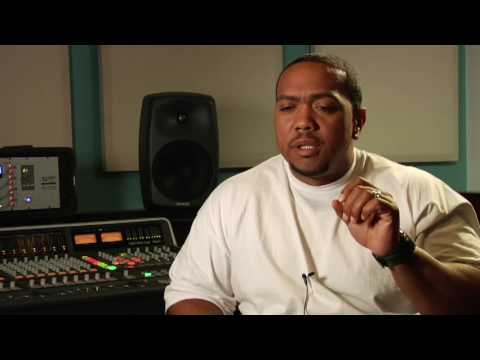 A little trip down memory lane for this week’s #MatrixMonday… When SSL installed a Matrix console in @Timbaland's tour bus.