3 New $100 Million Luxury Jet Concept Is Out of This World, a Flying Superyacht for the Rich

Playboy is not a name that needs any introduction. In pop culture, the names of Hugh Hefner and Playboy are synonymous to – and representative of – a lifestyle bordering on excess, brimming in pure luxury, and the free pursuit of all whims and desires.

On Board the Ultra-Exclusive Big Bunny, the Reincarnated Hugh Hefner Playboy Private Jet

One symbol of the Playboy lifestyle was Big Bunny, also known as the Mansion in the Sky, Hugh Hefner’s iconic private jet. When you’re someone with the kind of reputation and connections Hefner had, everything you did was to maintain a certain image. In the late ‘60s, he was far from the rather pathetic robe-wearing multiple-girlfriend dating old man of his later years; he was jet-setter and a trend-setter in equal measure, and a celebrity entertainer like no other.

In the late ‘60s, Hefner took delivery of his Big Bunny, a black McDonnel Douglas DC-9-32 jet registered under N950PB that had cost him some $5.5 million. At the time, Hefner was doing his Playboy After Dark series of interviews, so the jet was mostly used to ferry celebrities between Chicago and Los Angeles, and it catered to the likes of Frank Sinatra, Elvis Presley, and Cher, to name just three whose name still rings familiar with modern audiences.

Inside, the Big Bunny was pure excess. They called it the Mansion in the Sky for a very good reason: it offered anything from fine gourmet dining to a flying movie theater and a flying discotheque for a party of up to 38 people. Hefner’s private suite was the stuff of legends, including a waterbed, fur coverings, and customized linens. The extended ad that aired at launch is available in full below: put on a pair of star-shaped pink sunglasses, and you will better appreciate the kind of decadent luxury it offered.

By 1975, the Big Bunny was already an icon of its own, and its custom livery in all-black with the famous bunny-shaped logo on the tail helped. Hefner sold it to Aeromexico that year and focused instead on other endeavors, equally popular with celebrities and wealthy public figures, like the private parties at the mansion.

Now, Big Bunny is back and better. The modern incarnation is a Bombardier Global Express BD-700 estimated at $12 million, styled by Playboy Enterprises and International Jet Interiors. It is, as Anna Ondaatje, vice president of global brand and franchise strategy at Playboy, tells Architectural Digest, a fitting tribute to the iconic aircraft but somehow more elegant and more exclusive.

Everything on board the new Big Bunny is custom, from the herringbone carpeting to the embossed leather on the seats in the cockpit to the crushed velvet sofas and cashmere blankets in the lounge the hand-blown Asp & Hand glasses, and gold-trimmed plates and cutlery. Walls are covered in cognac-dyed crocodile leather, and countertops are of emerald-colored natural stone.

Iconic features from the original aircraft are still here: there’s a SkyTheater cinema, a lounge with a pop-up bar, a library with a rotating display of Playboy art, and multicolor lights that turn the lounge into a dancing hall. Gourmet dinners will be served regularly, including lobster and roast beef, Hefner’s favorites. Even “a three-tiered seafood tower” will be on the menu, Ondaatje says, because the goal was to include everything no one would expect to find on a plane.

The upgraded Big Bunny experience is a multi-sensory one, the same Ondaatje says. The retro styling is definitely there, as you can see in the photo gallery above, but the focus was to combine the “pleasurable tactile interactions with these varied textures” to enable an experience of “comfort, softness, and luxury.”

No word if the original Jet Bunnies flight attendants will be on hand, but one assumes the experience wouldn’t be complete without them. Playboy is also releasing a Big Bunny-inspired clothing line, including retro pieces like raincoats and hats. The items are not yet available to buy, but you can see a few examples in the gallery.

As for the reason for the resurrection of Big Bunny, do the rich really need one to indulge? For them, it will be just another occasion to enjoy the finest and most exclusive things in life. For Playboy, as Chief Brand & Strategy Officer Rachel Webber tells AdWeek, it will be the chance to expand the brand into private air travel with help from celebrities and influencers.

Big Bunny wants to live up to the name of the Mansion in the Sky again, and the Powers that Be over at Playboy are convinced it can, by turning the journey into an unparalleled experience. “The design of the plane itself allows guests to interact with and enjoy the space in a multitude of ways depending on where (and when) in the aircraft you are. It doesn’t just take you somewhere – being on the plane is a journey in and of itself,” Ondaatje says.

No launch date or price list for Big Bunny has been made available as of the time of press. 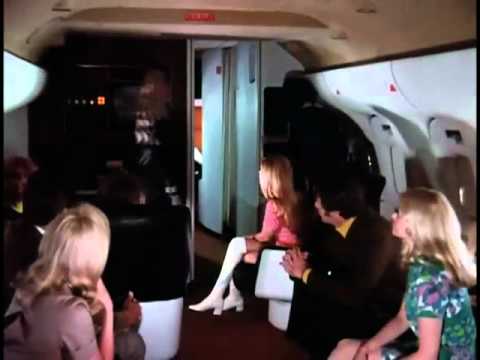 The Strange Case of the Move of World’s Largest Megayacht, the $600 Million DilbarSee all coverstories