4 1992 GMC Typhoon Is a Twin-Turbo Sleeper, Makes More Power Than a Shelby GT500

O.G. Sports SUV: 1992 GMC Typhoon Is a Quick Blast With an Interesting Past

Depending on how old you are, you might think that Porsche or BMW might have invented the sports SUV segment, but you’d be wrong. Fast utility vehicles and trucks go back decades, and in the early 90s, GMC used to produce two very special models in the Syclone and the Typhoon.
25 photos

The former was a high-performance version of the GMC Sonoma pickup, while the latter was based on the 1991 GMC Jimmy, which was basically a rebadged Chevy Blazer. We’re here to talk about the Typhoon, because we just found this 1992 example, up for grabs through Bring a Trailer, and it really feels like a sneaky good purchase, if you’re a fan, that is.

Now back to that V6 engine, because while you might think it doesn’t produce enough juice, this SUV was capable of hitting 60 mph (97 kph) in a little over 5 seconds, which is quick even for today. To be fair though, a modern-day equivalent for this vehicle would weigh a great deal more – the Typhoon only weighed around 3,800 lbs (1,720 kg).

Anyway, when new, this SUV would send 280 hp and 360 lb-ft (475 Nm) of torque to all four wheels, considerably more than what this engine originally produced in the Jimmy (190 hp). 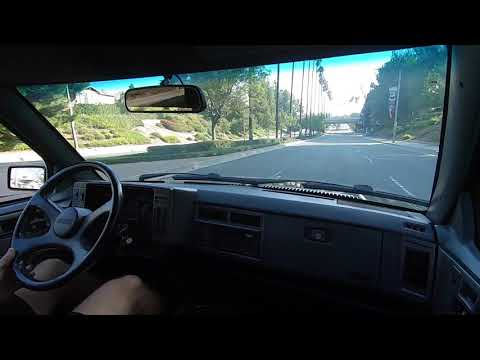