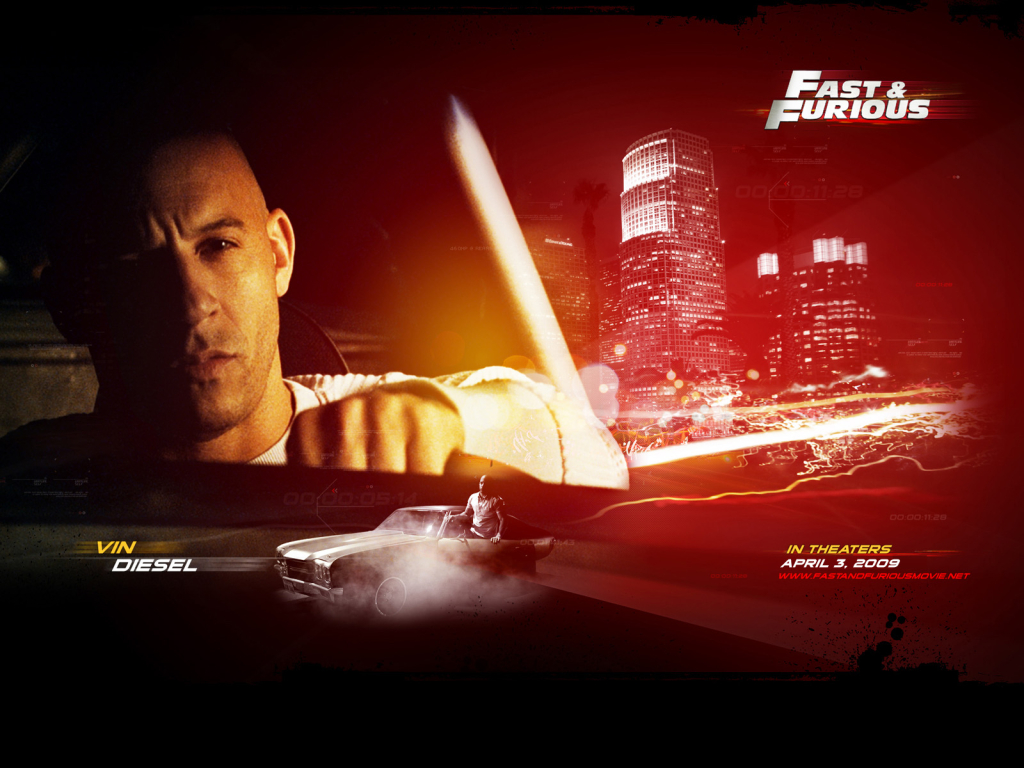 Ask any racer, any real racer. It doesn't matter if you win by an inch or a mile; winning's winning. Yes, the original cast is back for the latest and hopefully final iteration of the Fast and Furious franchise.

With brawny Vin Diesel returning as fugitive ex-con Dominic Toretto and sensitive Paul Walker as LAPD officer Brian O'Connor, at least the acting should be quite a bit better than in the second and third part of the series.

Even though this is the fourth flick in chronological order, it's actually a sequel to the first and second, and a prequel to the third movie. Which makes it a really annoying interquel, since it pushes its fans everywhere to buy all the DVDs just to watch them in the correct order.

Anyway, hot Michelle Rodriguez and Jordana Brewster are also back reprising their roles, one as Letty Marciano and the other as Toretto's sister and Walker's sweetheart, Mia.

Apparently, the FF4 plot involves the action taking place back into Los Angeles, where Dom Toretto and Brian O'Conner have to have each other's back against a common enemy, Rico, who is portrayed by reggaeton artist Don Omar. Tyrese Gibson and Lil Wayne are to make some cameo appearances the way Vin Diesel did in Tokyo Drift.

Directed by Tokyo Drift's Justin Lin, the Fast and Furious 4 will arrive in theaters on April 3, 2009. Until then, maybe you could actually entertain yourselves with the official trailer, we know we did: